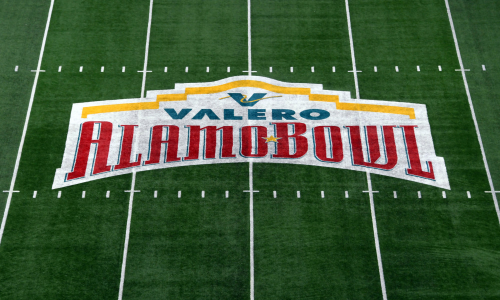 The Texas Longhorns (6-3), 20th in the final College Football Playoff rankings, meet the 4-1 Colorado Buffaloes in the Dec. 29 Alamo Bowl at the Alamodome in San Antonio. The betting numbers from FanDuel were heavily on the Longhorns’ side, with Texas opening around a 13-point favorite, though they have been bet down to 9.5 points.

The current moneyline price is Texas -350, with. Colorado was listed at +265. The betting total for the game stands at 63.5.

This game could be decided by the quarterbacks. Texas has the upper hand (and arm and legs) with Sam Ehlinger, while Colorado will hope for the “good” Sam Noyer in this one.

The Buffaloes began the season 4-0 but lost big to Utah. The Longhorns won only one of the three games they played against CFP Top 25 teams. In last season’s Alamo Bowl, Texas defeated then-No. 12 Utah 38-10 and has won three consecutive bowl games.

Colorado is playing in its first bowl game since 2016.

The Longhorns’ hopes will ride on the talent of quarterback Sam Ehlinger, whose passing is complemented by his running ability. Ehlinger is 6-3, 225 pounds and acts as an additional running back in coach Tom Herman’s offense.

A four-year starter, Ehlinger has thrown 25 touchdowns with only five interceptions this season. Running back Bijan Robinson put up 520 rushing yards and three touchdowns.

Leading receiver Brennan Eagles opted out of the bowl game, taking his 28 catches for 469 yards and five touchdowns along with him. Trying to help fill that void will be Joshua Moore, who also had a big season.

Texas, which scores 41.3 points per game (12th-ranked in the country), defeated Kansas State 69-31 to close out its regular season Dec. 5.

The Buffaloes surprised Pac-12 prognosticators by winning their first four games, but just when a conference title seemed within reach they were routed by Utah 38-12 in a game that saw them turn the ball over three times. Colorado, because of COVID-19 postponements, played only five games.

Colorado coach Karl Dorrell enjoyed a breakout season from running back Jake Broussard, who carried the team’s early success and piled up 813 yards in only five games.

The key, though, could be Noyer. He’s been inconsistent, throwing six touchdowns and five interceptions.

The Buffaloes score 29.1 points per game, ranking 61st in the country, while specializing in the ground game — 218.4 yards per game (ranked 17th). Their defense allows 29 points per game.

The Longhorns are 7-1 ATS in their past eight games, while the Buffaloes are playing more high-scoring games than expected. Colorado games have gone “over” in four of the team’s past six games. Although there is no recent history between the teams — a 38-14 Longhorns win in 2009 was the last meeting — Texas is 4-1 ATS in the past five matchups with Colorado.

On the injury/availability front, Texas linebacker Joseph Ossai and leading receiver Brennan Eagles decided to skip the game to prepare for the NFL draft. The Longhorns have had five team captains opt-out of the Alamo Bowl.

For Colorado, standout linebacker Nate Landman has led the team in tackles with 53, but he will miss this game with an ankle injury. Juniors Jonathan Van Diest and Quinn Perry will look to fill Landman’s spot.

So much early money came in on Colorado that the value for the underdog virtually disappeared.

Do you believe in the motivation for the Buffaloes, given their poor showing in the Utah game, or in the Longhorns’ urgency to send out Ehlinger on a winning note?

The lean here is that the Longhorns’ experience and overall edge in talent will wear down Colorado as the second half unwinds. Texas should cover the 9.5 points, with the game staying under the 63.5 total.