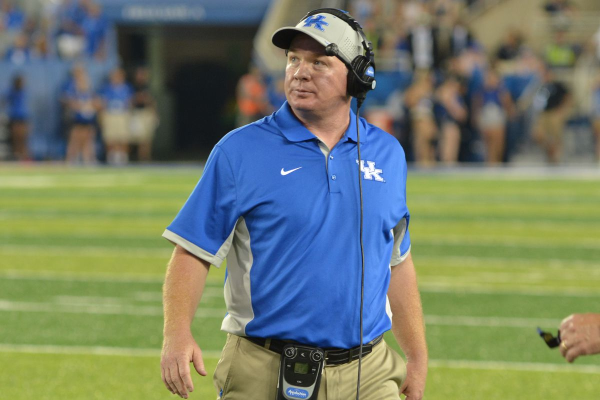 Saturday features an SEC showdown of top-25 teams as the No. 23 Kentucky Wildcats travel to Jordan-Hare Stadium to take on the No. 8 Auburn Tigers. While it will be a home-field advantage for Auburn, that is partially mitigated by the fact that the stadium will only be at 20% capacity due to the pandemic. Kickoff for this one is scheduled for 12 pm ET.

For the Kentucky Wildcats, they come into this season after a disappointing 2019, finishing 8-5 overall, but 3-5 in the conference. That was good enough for sixth (out of seven teams) in the SEC East, looking up quite a ways to the Georgia Bulldogs in the top spot. They would love to get started on the right foot in the conference with a win over Auburn on Saturday.

For Auburn, they fought to a 9-4 season overall last year and finished 5-3 in the conference. That was good for third in the SEC West, behind LSU and Alabama. Last year they were 6-1 at home and will look to stay solid protecting their own turf.

According to Fanduel, the Tigers come in as the favorites in this one playing at home. Their moneyline sits at -320 while the Wildcats sit at +245. The spread features Kentucky at +7.5, and the over/under for total points sits at 49.5.

Kentucky Looks For Upset On The Road

Kentucky would love nothing more than to come into Auburn and upset the Tigers to validate their ranking in the top-25. To do so, they are going to lean on Terry Wilson under center.

He also rushed for 547 yards and another four scores that season. The Wildcats are hoping that he can provide that type of explosiveness this year now that he is a year removed from his surgery.

Last season, Kentucky ranked 4th overall in rushing yards per game at 263.8. To do so again, they are going to lean on senior Asim Rose. Last season, Rose had 149 carries for 826 yards and six touchdowns.

Tigers Hope To Start Season Off With Conference Win

To succeed this season, the Auburn Tigers are hoping for a lot of progression from quarterback Bo Nix. He was thrown to the wolves as a freshman last year and certainly struggled with consistency.

He went 217 for 377 for 2,542 yards, 16 touchdowns, and six interceptions on the season. He also rushed 97 times for 313 yards and another seven scores. While those aren’t the worst numbers in the world, Auburn will be hoping for even a little more out of the young quarterback this season.

One thing that helps is the return of wide receiver Seth Williams. Last season, the junior had 59 receptions for 830 yards and eight touchdowns. Seemingly destined for the NFL, Williams could be a huge safety blanket for Nix this season.

Taking Kentucky And The Points

This one is a tough one to call. Openers are always tricky as teams tend to need some time to work out the kinks on both sides of the ball, and it gets all the more interesting when it is two top-rated teams.

Despite the low ranking in the conference last year, Kentucky has been solid the last few years and could give the Tigers some fits. I don’t know if I see this being a high-scoring game, and I think that the ground game will dominate. With that in mind, I like what Asim Rose and the Wildcats have to offer on the ground.

Ultimately, the Tigers might come away with this one, but I think it will be close. For that reason, I like the Wildcats +7.5.