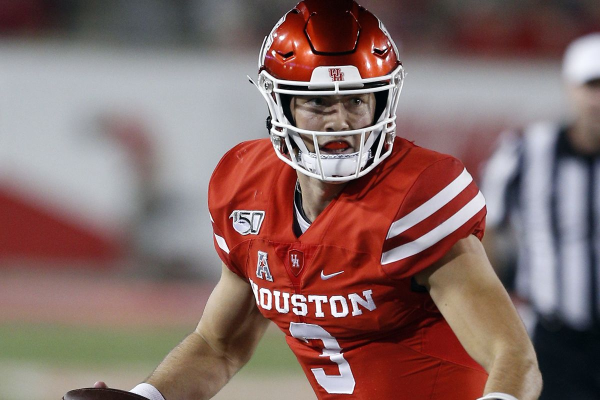 In a year when nothing seems normal, the season opener for the Houston Cougars continued the trend. Originally, the team was supposed to play the Memphis Tigers in the opening matchup this weekend, but concerns of a COVID-19 outbreak on the Tigers made alternative plans necessary.

That is when all involved worked their magic and put together a game in less than a day. Keep in mind that college games are often put together at least a year (sometimes years) in advance, but this season isn’t typical.

With all that in mind, the Cougars will play their opener this weekend but will travel to McLane Stadium to take on the Baylor Bears for a noon eastern kickoff on Saturday.

The Cougars come into this season trying to shake what was a rough year last year. They went 4-8 overall and finished 2-6 in the conference, good for last place. They will look to reverse the trend this year and try to do so, only having about a week to prepare.

For Baylor, it was just the opposite type of season. They finished 11-3 overall and went 8-1 in their conference. Granted, there are many changes from last year’s program, but the Bears are set on showing that they still haven’t missed a step.

The Baylor Bears come into this one as the favorites. Their moneyline currently sits at -170, while the Houston Cougars sit at +138. The spread for this one is set at +3.5 for the Cougars, and the over/under for total points is 61.5.

Last year, the Baylor Bears were the better team on the offensive side. They ranked 32nd overall averaging 31.9 points per game. The Cougars came in 46th averaging 30.1 points.

Defensively, it was once again the Bears with the edge. They ranked 16th as they allowed opponents just 20 points per game. Houston ranked 113th overall, allowing an average of 35.5 points per game.

Cougars Looking For Upset On The Road

The Houston Cougars basically spent all of last year getting ready for this season. They certainly took their licks last year, but it should help the club as they open up the 2020 season.

Given that coach Dana Holgorsen essentially decided to redshirt a ton of his starters, the Cougars return a lot of talent.

Oftentimes, though, teams only go as far as their quarterback takes them. Under center for the Cougars this year will be Clayton Tune. Last season, in limited time, Tune went 106 for 179 for 1,533 yards, 11 touchdowns, and nine interceptions.

He will need to be more efficient with the ball, but the increased playing time last year may help him transition into his junior year.

Tune isn’t the only one returning. The offensive line has four seniors, four wide receivers return, and almost the entire defense. Again, there is talent, and now the Cougars need to go out and produce.

There is certainly a whole lot of change for Baylor this season. They have a new head coach in Dave Aranda and saw most of their starting defense leave at the end of last season. It is not to say that Baylor doesn’t have talent, it’s just they haven’t had much time to gel, especially in a year where practice and preparation have been limited.

Offensively, look for Baylor to lean on senior running back John Lovett quite a bit. Last year, Lovett rushed 103 times for 655 yards and five touchdowns. He will take on an even more prominent role this season and could be a challenge for a Houston defense that struggled against the run last year.

Taking The Cougars And The Points

Both of these teams will be amped up and make some mistakes as they shake the rust off. Still, with the amount of returnees on the Cougars, I like their chances of shaking off the rust and finding some consistency a lot better than that of the Bears.

Ultimately, I think this could be a close one down the stretch, so I will take the team being spotted 3.5 points.