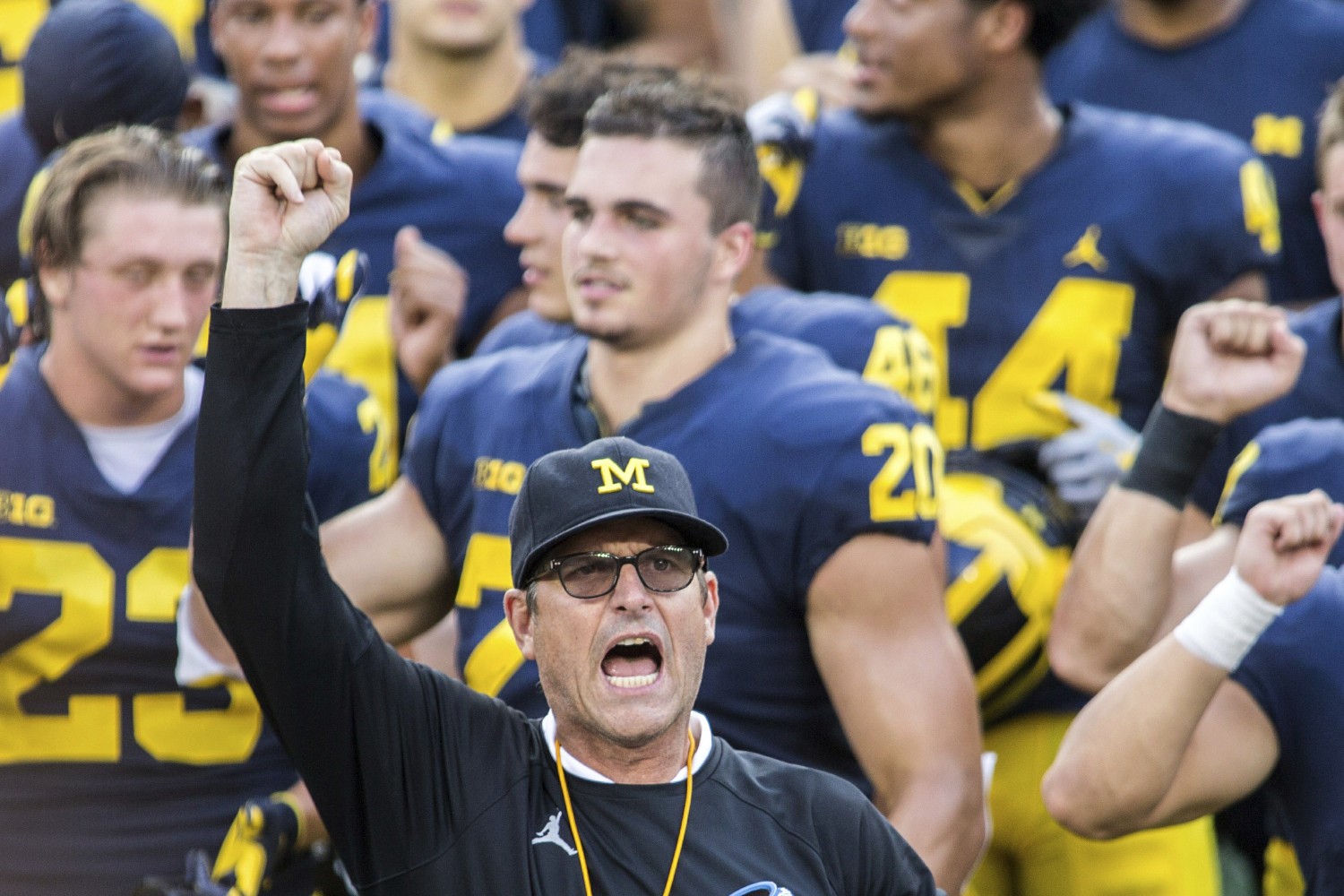 Michigan finished off last season with a 9-3 record, capping off the season by losing 35-16 against Alabama in the Citrus Bowl. The Wolverines will be looking like a whole new team offensively this year, as 14 starters have either opted-out or transferred.

Though Jim Harbaugh has not confirmed his opening day starter, all signs point to him counting on 6’5 234lb quarterback Joe Milton (JR) to lead the team to victory. Even though Milton is highly rated, he has only taken 48 collegiate snaps, so to say he lacks real game experience is an understatement. However, many scouts and coaches have marveled over the quarterback’s arm strength and explosive athleticism and believe he is a future top pick.

The Wolverines are starting four new offensive linemen on top of missing their top 5 of 7 receivers from last season, including star wideout Nico Collins. The defense has to make up for three lost starters in their secondary: key cornerbacks Lavert Hill and Ambry Thomas, and ball-hawking safety Josh Metellus. Vincent Gray, the only cornerback with starting experience, is lining up opposite the Gophers top receiver, Roshad Bateman.

This is a young and inexperienced team, which means Harbaugh will lean on key playmakers like WR Ronnie Bell (JR), and RB Zach Charbonnet (SO) to help get the offense rolling. Even though Michigan is looking questionable and this core hasn’t proven themselves yet, FanDuel has some faith in them as the Wolverines are listed as their favorite (-3).

The Minnesota Golden Gophers are coming off one of their strongest seasons in school history, posting an 11-2 record under head coach P.J Fleck. Minnesota looks to keep the momentum rolling from last season and are counting on their two biggest returning stars on offense, quarterback Tanner Morgan (JR) and receiver Rashod Bateman (JR), who actually originally opted out of the season but then decided to opt back in.

Last season, Morgan completed 66% of his passes for 3,253 yards, 30 touchdowns, and only seven interceptions, while Bateman posted 60 receptions for 1,219 yards and 11 touchdowns. Morgan and Bateman will have to test this young Michigan secondary early and create explosive plays and maintain momentum. Another big plus for the Minnesota offense is they are returning all of their O-line starters.

Although the Gophers are looking solid on the offensive side, the defense took a massive hit this offseason, losing seven starters, 4 of which got drafted to the NFL. Coach Fleck is going to have to find a way to replace safety Antoine Winfield Jr., who led the team with seven interceptions last year, defensive tackle Sam Renner, who recorded five sacks and 43 tackles, and three stud linebackers in Carter Coughlin, Kamal Martin, and Thomas Barber, who played a combined 484 snaps combined last season.

FanDuel believes Minnesota’s defense is looking extremely vulnerable right now, which is why they have the Golden Gophers are listed as a +3 underdog.

Michigan under Harbaugh is 2-0 against the Gophers.

Michigan is 15-3 as road favorites under Harbaugh.

PJ Fleck and Minnesota are 2-5 against ranked opponents.

The Golden Gophers under PJ Fleck is 3-4 as home underdogs.

The Golden Gophers proved last year that they belong in this conference and someday win a Big 10 title. Rashod Bateman opting-in was the best thing to happen to Minnesota. Fleck and new offensive coordinator Mike Sanford Jr. will be looking to test Michigan’s young secondary by spreading them out vertically and taking shots early.

Michigan is going to try to establish a run game and build off that. The good thing for them Minnesota is hurting at linebacker and the line, so Michigan has an excellent chance to run all over Minnesota. Once they do that, they will run play action deep balls with Joe Milton to show off his cannon of an arm.

I believe the weather and inexperience are going to prove to fatal for this Wolverines team. Tanner Morgan is talented and has ample weapons to use that can shred Michigan’s defense. Harbaugh’s teams have yet to show that he can perform in crunch time. Both teams will start slow offensively, but Minnesota will have more big plays that will lead them to a close victory.