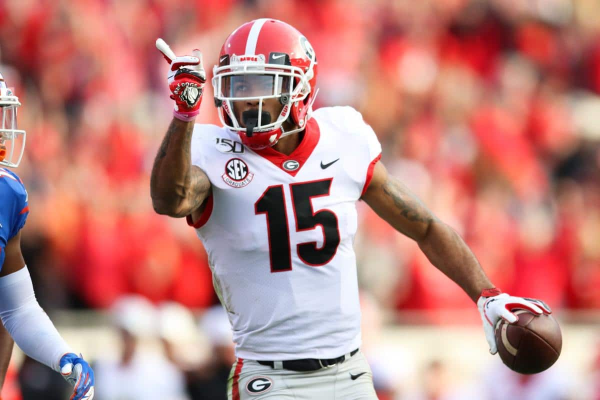 Saturday afternoon features a Southeastern Conference showdown as the No. 5 Georgia Bulldogs (8-1) travel to Jordan-Hare Stadium to take on the No. 13 Auburn Tigers (7-2). While Georgia currently leads the SEC East over rival Florida (which it beat two weeks ago), Auburn is currently sitting in third in the SEC West, looking up at both LSU and Alabama. Still, for both teams, this matchup could have significant implications for both conference titles and potential bowl games. For Georgia, especially, a big win Saturday is needed to keep it in the top four of the College Football Playoff standings. Kickoff for this one is scheduled for 3:30 pm ET.

Georgia has been absolutely rolling over the last few weeks. Since their upset loss to South Carolina back on Oct. 12, the Bulldogs have reeled off three victories over Kentucky, No. 11 Florida and Missouri. In those three games combined, they have allowed a paltry 17 points, all scored by Florida. With one of the best defenses in the nation, the Bulldogs will look to stop the Tigers on Saturday.

Auburn has lost two of its last four games, but those two losses came against No. 11 Florida (24-13) and No. 1 LSU (23-20). Last week, the Tigers took care of Mississippi at home 20-14. Like Georgia, they have a dynamite defense, but they have been a bit more inconsistent this year than Georgia. For Tigers fans, they are hoping to upset the Bulldogs at home on Saturday.

The Georgia Bulldogs come into this as three-point favorites despite playing on the road. The over/under for points scored is set at just 42 points.

On the offensive side, it has been Auburn that has been a bit better this season. To date, the Tigers rank 33rd in the nation, scoring an average of 32.7 points per game (38.8 at home). Georgia comes in at 53rd, averaging 30 points per game (32.3 on the road).

In what figures to be a defensive battle, the team whose offense can find a way to manufacture some points is going to come away victorious. This is likely going to be a low-scoring affair (which is why the over/under is set at just 42), but Georgia is hoping that Jake Fromm and company can find a way to put up some points on Auburn. On the season, Fromm has thrown for 1,858 yards, 13 touchdowns and three interceptions.

On the ground, the Bulldogs are led by D’Andre Swift, who has rushed for 921 yards and seven touchdowns. He also has made 15 receptions out of the backfield for 172 yards and a score. The Bulldogs’ leading receiver this season has been Lawrence Cager, who has 32 receptions for 470 yards and four touchdowns.

After losing to both Florida and LSU, two SEC rivals and Top-25 teams, in the last few weeks, Auburn would love to get that signature win over Georgia on Saturday. Leading the way under center for Auburn is true freshman Bo Nix, who has thrown for 1,798 yards, 12 touchdowns and six interceptions. His leading receiver has been Seth Williams, who has 35 catches for 569 yards and eight touchdowns.

On the ground, Auburn is led by JaTarvious Whitlow, who has rushed for 553 yards and seven touchdowns despite missing two of the last three games. He’s hoping to go in this one after practicing with a knee brace this week. Also getting some looks out of the backfield has been D.J. Williams, who has rushed for 303 yards and a touchdown.

Again, I thoroughly expect this to be a defensive slugfest between two of the best defenses in the country. Still, I do see Georgia as a bit more elite on the defensive side than Auburn and a bit more consistent on the offensive side. Jake Fromm has been far from stellar, but he has been solid and has given Georgia a chance throughout the whole season.

I find it more apt that he gets the job done against Auburn than Nix and company getting it done against Georgia. It could be close, and it could come down to a defensive or special teams score, but for my money, I am taking Georgia despite laying the three points.