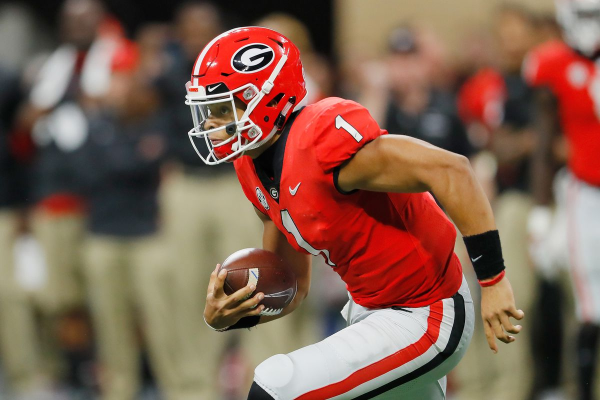 The most pivotal weekend of the college football season to date is on the horizon. From the AAC, to the ACC, to the SEC, to the Sun Belt, all of the conferences in the Football Bowl Subdivision will crown their champions this weekend via conference championship games.

Not only will there be plenty of action on the field, conference championship weekend stands to be a big weekend for college football betting. Sportsbooks will have plenty on offer for those who want to boost their bankroll while following all of the excitement. That includes Fanduel Sportsbook, which is offering a number of intriguing player props on a few of the top games on the slate.

Here’s a rundown of what they are offering.

The Big Ten title game between Northwestern and Ohio State could be dominated by the defenses. But a few touchdowns should be expected, so the first scorer and anytime scorer props are worth consideration.

In the first scorer category, all of the best odds belong to the Buckeyes, who are heavily favored to win the Big Ten title and secure a place in the College Football Playoff.

The first meeting this season between Clemson and Notre Dame featured nine touchdowns by seven different scorers, with Fighting Irish running back Kyren Williams running for three touchdowns in a 47-40 double-overtime win. Several of those scorers feature prominently in the scorer props for their ACC championship matchup in Charlotte, along with Clemson QB Trevor Lawrence. Lawrence missed that thriller due to a positive COVID result but has 16 career rushing touchdowns, including six this season.

Receiver Ben Skowronek, who leads Notre Dame in receiving touchdowns with five, is +1700 to be the first touchdown scorer and +210 to score a touchdown anytime. Notre Dame’s defense, which registered a pick-six in the first meeting, is +390 to find the end zone anytime.

In addition to the touchdown scorer props, Fanduel is also offering individual passing yards totals featuring some of the nation’s top quarterbacks.

All odds are from Fanduel Sportsbook.