College Football Value Bets to Consider Ahead of Week 13 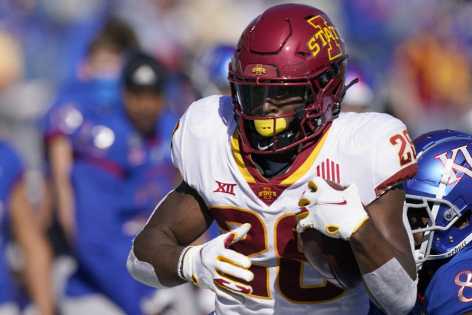 As you read this, Thanksgiving is nearly upon us and the first edition of the College Football Playoff rankings is imminent. We’re not always sure how many games we’re going to get as some leagues have struggled to manage the COVID-19 pandemic.

However, with the season nearly complete, we have enough data to work with to find some value in the College Football futures market. Let’s take a look at some of the most attractive odds currently being offered at FanDuel Sportsbook.

These odds are about the same as they were when the Big Ten announced it was going to participate in the current college football season. However, we have seen that the path to the playoff for the Buckeyes might not be that difficult from here on out.

Ohio State just beat Indiana, the top competition within the division, and if things play out as expected they will get Northwestern, not Wisconsin, in the Big Ten conference title game. With Michigan looking like a complete dumpster fire, the Buckeyes’ path to the CFP could not be easier and getting in the playoff is half the battle.

The Gators look like they’ll be the representative from the East Division in the SEC title game (most likely against Alabama). Thanks to a great offense they have a solid chance to win that one and make the playoffs for the first time in the current format.

That offense will also be the reason this team could win it all. They’ll have to convince the committee they are better than the only team that beat them, Texas A&M, but an SEC title just might do it.

The Cyclones have the clearest path to the title game as they are the only team in the league with just one loss. Sure Oklahoma is coming on strong, especially after beating Oklahoma State last week, but Iowa State has already beaten them once this season. Does that mean they are going to do it again, of course not, but Iowa State has a history of playing the Sooners close and this one will be on a neutral field and they have the best running back in the country. +270 looks like excellent value.

Right now, Kyle Trask of Florida is the favorite. However, it will be hard to keep Jones from rising above him should Alabama win out, beat Florida in the SEC title game and make the playoffs, while Jones continues to be one of the best quarterbacks in America – all of which are possible. Yes, Florida is great value, but if you disagree with that perspective, or you’re looking for a nice hedge, then Jones for Heisman at 3/1 is a good bet to make right now.

Hall is having a great season and is leading the nation in rushing. That was a bit unexpected, but it is not like he is playing in Conference USA. The reason there is great value here is because of what he has meant to his team’s success. They are tied together such that if Iowa State wins the Big 12, and does so thanks to Hall’s play, I don’t see how he doesn’t rise above other candidates who have padded their stats in games that were lopsided.

So there are a few angles you might want to get behind before Week 13 kicks off. The season is still fluid, though. Who could have imagined that a year ago, the top candidate for the Heisman was essentially eliminated from contention due to quarantine protocols.