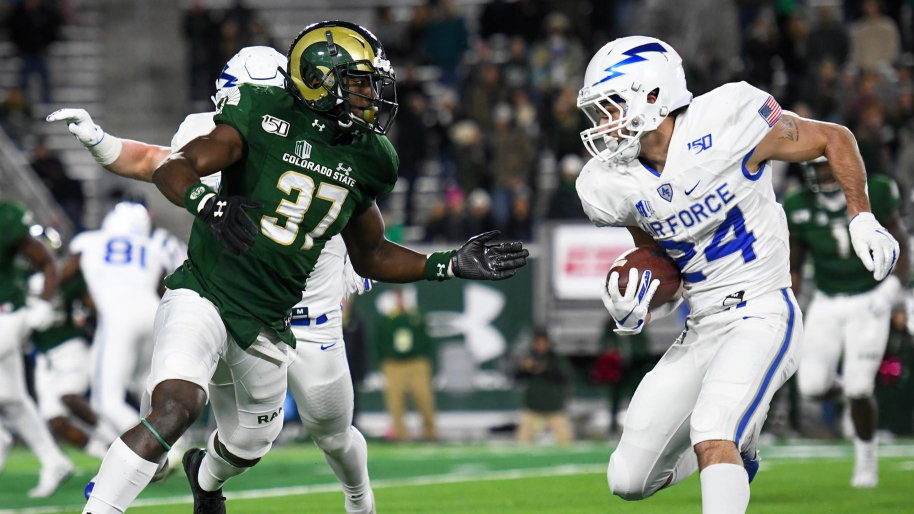 The Air Force – Colorado State rivalry continues. This Thursday, the 26th of November, the Colorado State Rams (1-2) will be joining the Air Force Falcons (1-2) at the Falcon Stadium, US Air Force Academy, the USA, for a Big Ten college football competition. The match is set to begin at 2:00 PM EST, and the CBSSN TV Network will be present to cover the game from start to finish.

The rivalry between these two teams is old news, and following the usual pattern set since the first match in 1957, the winner gets to take home the Ram-Falcon Trophy.

The Colorado State Still Reeling from the Off-season Changes

The off-season saw a lot of changes on the Colorado State lineup, and the team seems not to have fully adapted to these changes. There have been significant issues and flaws in the team’s performance this season.

In their last game against the Boise State Broncos, the Rams surrendered 52 points to the Boise State offense and only gained 21 points. Colorado State quarterback Patrick O’Brien only threw for 140 yards with 1 interception but could not score any touchdowns. RB A’Jon Vivens ran 75 yards with 12 attempts and landed a touchdown, while Dante Wright, the Colorado WR, hurled in 5 catches in 109 yards.

Season lead quarterback Patrick O’Brien has passed for a total of 476 yards, ranking 113th and scoring 3 touchdowns tied at 106th with 1 interception this season. Meanwhile, A’Jon Vivens is the lead rusher for the Rams this season, running 164 yards with 34 attempts and scoring a touchdown. Tight End Trey McBride leads the receiving lineup with 17 catches in 268 yards and 4 touchdowns.

The Air Force Falcons have been impressive this season, both on defense and offense. The Falcons will walk into this matchup confident after their 28-0 victory over the New Mexico Lobos in their last game. In the game, quarterback Haaziq Daniels performed poorly, throwing only 66 yards with no touchdowns. Meanwhile, RB Bras Roberts played exceptionally well on the ground, running with 28 attempts for 177 yards and scoring 3 touchdowns. Meanwhile, Kyle Patterson caught 2 balls in 34 yards.

The Air Force Falcons currently rank 104th in offense in the country, averaging 26.0 yards per game so far this season. The team has gained an average of 403.5 in total yards, 67.0 in passing yards, and 336.5 average in rushing yards and are currently the best team in terms of rushing yards per game.

Star quarterback Haaziq Daniels has thrown for 199 yards scoring 1 touchdown this season. Meanwhile, Brad Roberts is the lead rusher with 38 carries in 280 yards and 4 touchdowns. Kyle Patterson leads the receiving lineup with 9 balls caught in 140 yards, with a touchdown scored this season.

In defending their territory, the Air Force Falcons rank 26th in the country, allowing an average of 18.3 points per game. The Air Force team averages 219.5 in passing yards allowed and 105.0 in rushing yards, totaling 324.5 yards allowed this season.

Two players will probably be missing the game on Thursday, namely: K. Remsberg (RB) out with a collar bone injury and T. Jackson (FB) with a shoulder injury.

This will be quite a test for the Colorado State Rams as the Air Force Falcons have been playing great and had thoroughly beaten the New Mexico Lobos recently. On Thursday, we will see what will come of this rivalry.