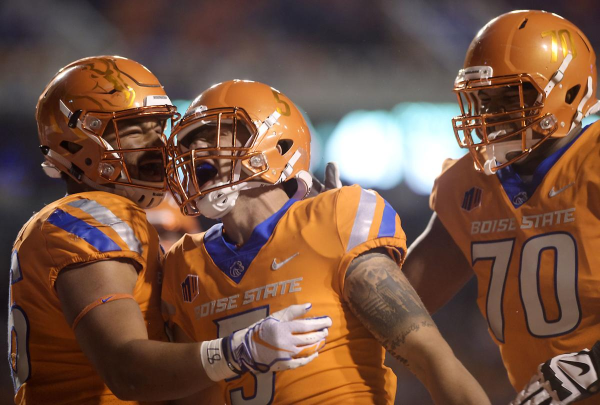 The Colorado State Rams will be taking the road to meet the Boise State Broncos at the Albertsons Stadium, Boise, USA, for a Mountain West Conference faceoff on the 12th of November. The match will begin at 8:00 PM EST and will be broadcasted by FS1 TV Channel.

The Colorado State Rams will be walking into this game with their heads held high after their victory in the last match. The match was against the Wyoming Cowboys and ended with a 34-24 final score. In the game, Wyoming quarterback, Patrick O’Brien, passed for 255 yards scoring 2 touchdowns, hitting home 18 of his 26 pass attempts. Wide receiver, Dante Wright, secured 10 receptions for 146 yards, and A’Jon Vivens ran for 62 yards with 14 carries.

The Colorado State Rams were unsteady in their defense strategy, allowing the Wyoming Cowboys a total of 465 yards of offense. The Colorado defense was headed by the linebacker, Cam’ron Carter, who managed 11 tackles with 1 fumble recovery. While linebacker, Dequan Jackson, found his way into the Wyoming Cowboys backfield several times, he secured 3 TFLs and 1 sack, with defensive lineman, Manny Jones, racking up 2 sacks and 4 TFLs.

By the end of the 1st quarter, Colorado State Rams were in the lead with 14 points while the Cowboys were stunned with no point. In the 2nd quarter, the Rams gained 10 more points, while the Cowboys secured 14 points. The game ended with the Wyoming Cowboys down by 10 points.

The Colorado State Rams have 3 players unavailable for the game on Thursday due to injuries and health complications, including center back Keevan Bailey, wide receiver Warren Jackson, and tight end Cameron Butler. Keevan’s presence at the game is unsure. However, Warren and Cameron are definitely out.

The Boise State Broncos Looking to Bounce Back

The Boise State Broncos are coming into this matchup with a record 2-1, after losing to the BYU Cougars in their own territory. In that game, quarterback, Cade Fennegan, passed for 182 yards, scoring 2 touchdowns with 1 interception, after coming off the bench. Fennegan targeted most of his passes at wide receiver, Khalil Shakir, who caught 10 of Fennegan’s passes for 139 yards and scored 2 touchdowns. While running back, Andrew Van Buren rushed for 45 yards with 16 carries.