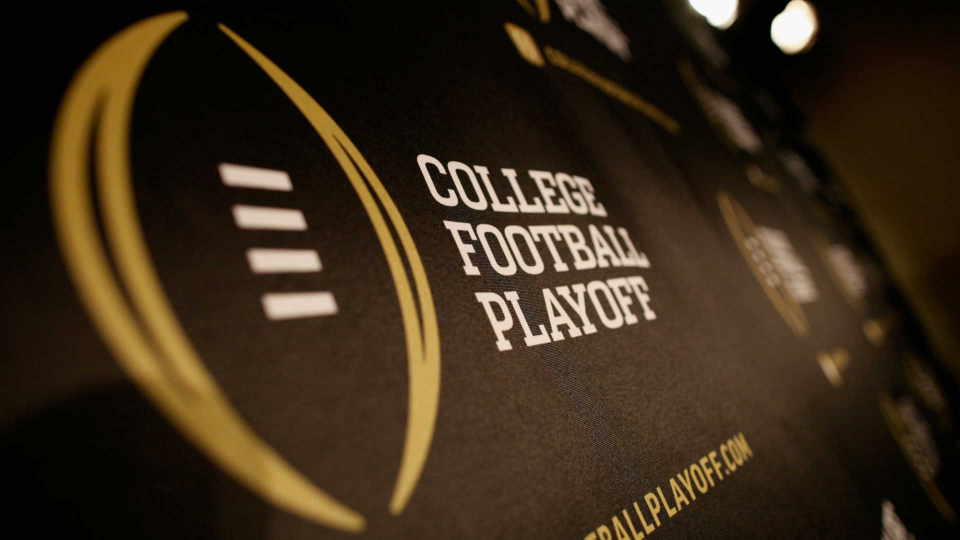 Conference championship week has arrived for the highest level of college football, and we are only days away from finding out which four teams will duke it out for this season’s National Championship.

Tuesday night, the next-to-last College Football Playoff rankings were released. Yet again, Alabama, Notre Dame, Clemson, and Ohio State comprised the top four. All four teams will be vying for conference titles this weekend, highlighted by the ACC title tilt between Clemson and Notre Dame, a rematch of one of the best games of the season.

While the top of the rankings remained intact, there was a lot of controversy outside of the top four. Despite losing at home to a 3-5 LSU team, Florida somehow only dropped one spot to seventh, swapping spots with Iowa State, who faces #10 Oklahoma for the Big 12 title. That slight drop theoretically keeps the Gators in the conversation if they were to upset Alabama for the SEC title and there were unexpected results elsewhere. 8-0 Cincinnati, who hasn’t played since November 21, dropped a spot for the second week in a row, while Indiana remains outside the top ten despite their lone loss being a seven-point loss at Ohio State.

The conference championship action kicks off on Friday, but most eyes are already fixed on Saturday, which stands to be an action-packed day from start to finish. All that said, the latest college football futures odds reflect the likelihood that the current top four will be the final four after the dust settles late Saturday night.

The only two teams who are a near-certainty to make the CFP even if they lose are #1 Alabama and #2 Notre Dame. The 10-0 Crimson Tide, who are a 17.5-point favorite over the Gators for Saturday’s game in Atlanta, could lose big and and still won’t fall behind Texas A&M, a two-loss Big 12 champion, or undefeated Cincinnati.

The same applies to 10-0 Notre Dame, a 10.5-point underdog against #3 Clemson. The Fighting Irish beat Clemson in a 47-40 thriller in South Bend on November 7, but the Tigers were without Trevor Lawrence that night. With Lawrence on the field for the rematch in Charlotte, Clemson is expected to win their sixth straight ACC title game and book their sixth straight CFP berth. Could the Tigers still get in even if they lose, given that they were without their star quarterback for the first loss? It’s possible.

#4 Ohio State has played half as many games as the three teams ahead of them and needed a rule change in their favor to become eligible for the Big Ten title, but the Buckeyes will be the first team to lock down their CFP spot if they beat Northwestern on Saturday afternoon in Indianapolis. The 5-0 Buckeyes are a 20.5-point favorite against the Wildcats, who would have been in the mix to crash the playoff party had they not stumbled in the fourth quarter at Michigan State late last month.

How likely is it that Texas A&M will end up in the top four if there are upsets? Their title odds sit behind Florida and Iowa State’s for a reason. The Aggies can point to 2016 Ohio State and 2017 Alabama as teams who did not win their conference but made it into the CFP over two-loss conference champions, but do the Aggies stack up to those two teams? Their win over Florida on October 10 is impressive, but they were destroyed 52-24 by Alabama and have no other notable wins.

The #6 Cyclones have two losses, against #19 Louisiana in their season opener and at Oklahoma State, who comes in at #21 in the latest CFP rankings. A win over Oklahoma, a 5.5 point favorite, would be their second against the Sooners this season and their third win over a ranked team, in addition to their win at Texas. With losses by Clemson and/or Ohio State, the Cyclones would have a strong argument to move into the top four if they win the Big 12. The same applies for Florida, whose two top highlight wins – they beat then #5 Georgia 44-28 on November 7 – and conference title could potentially negate their two losses in the eyes of the committee.

The Sooners, who have won six in a row since a 1-2 start, look like a long shot at the moment to make a fourth straight CFP appearance. But the chance is there. Their path is reliant on a win over Iowa State and multiple losses by the championship hopefuls ahead of them.

Is there any realistic hope for #9 Cincinnati? The Bearcats, who face #23 Tulsa for the AAC title, have a major bowl game to look forward to, but even a rout of Tulsa is unlikely to help their cause enough even if a rash of upsets happens ahead of them. #8 Georgia is in the same boat, as the Bulldogs have a New Year’s Six bowl to look ahead to but nothing more.

All odds in this article were provided by Fanduel Sportsbook.