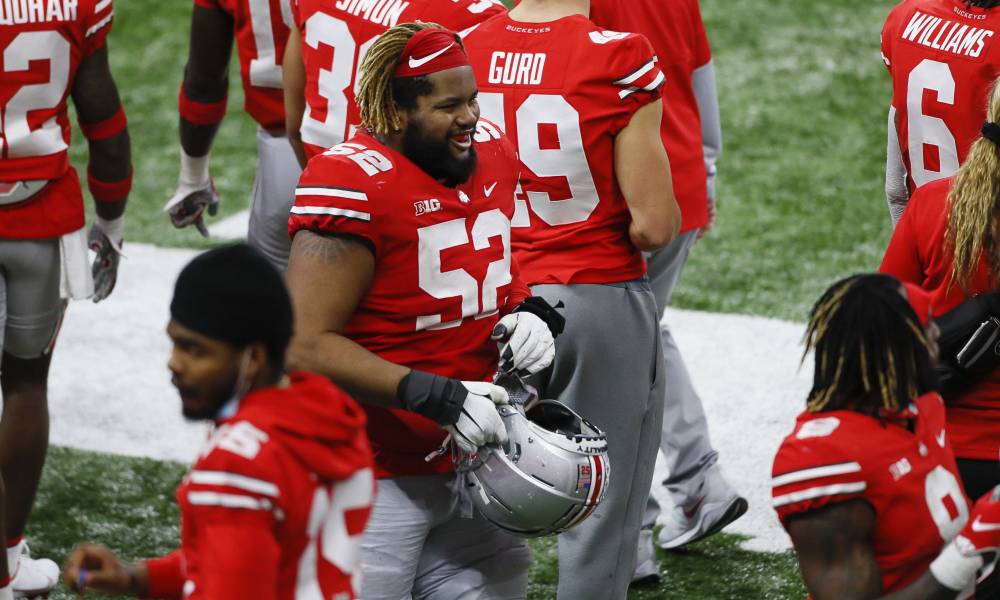 The College Football National Championship game is finally here! Despite many people thinking we’d see yet another matchup between Alabama and Clemson, it’s the Ohio State Buckeyes who will be going against the Crimson Tide in an attempt to win their ninth National Championship. The game will take place on Monday, January 11th at Hardrock Stadium in Miami. Kickoff is set for 8 pm et.

Odds for Alabama vs Ohio State

FanDuel has Alabama is set as a 7.5-point favorite with the total set at 74.5.

The news that everyone’s been waiting for is whether or not Alabama’s wide receiver, Jaylen Waddle, will be strapping on the pads on Monday night. The star player has been out of action since October due to an ankle injury but reports are that he’s returned to practice this week and is expected to play against Ohio State. While it’s yet to be 100% confirmed that he’ll play, the news that he returned to practice was good enough to move the betting line from 7 to 8.5 in favor of Alabama but has since moved back down to 8.5.

Waddle, who is expected to be a first-round pick in this year’s NFL Draft, would give the already stacked Alabama wide receiver group an added boost. The Crimson Tide already had three Heisman Trophy finalists including the winner Devonta Smith and some people believe Waddle could have been a fourth Alabama finalist if he remained healthy throughout the season.

This is bad news for an Ohio State defense that ranks 116th in opponent passing yards per game this season.

Can Ohio State’s Offense Keep Up with Alabama?

With the total set in the seventies, there’s no question that we’re going to see a lot of points scored in this game, but can the Buckeyes keep up with the explosive Alabama offense?

They rank 6th in yards per play, 3rd in points per game, and 5th in touchdowns per game so if they can repeat that same success they should be able to go toe-to-toe with Alabama. One key difference in this game is that they’re facing one of the best defenses they’ve played against all season. While Alabama may not be a top ten defensive team in the country, they’ve put up some solid numbers including allowing just 19 points per game which ranks 13th among all teams.

In terms of statistics, this will be the second-best defense that Ohio State has faced all season. The best defense they faced was Northwestern in the Big 10 Championship Game. The Buckeyes managed to win that game, but they scored just 22 points on offense which certainly won’t cut it against the Crimson Tide.

There is a multitude of betting trends that you can take a look at heading into this year’s National Championship game. Alabama has been a solid bet for bettors throughout the season as they enter the game 8-4 ATS including a 7-0 ATS run to finish the regular season. They weren’t able to cover the spread in the SEC Championship Game against Florida and Notre Dame managed to secure the backdoor cover in the Rose Bowl. This will be the second shortest spread that Alabama has been favored by this season. They were set as 6-point favorites against Georgia back in October and went on to win the game 41-24.

Ohio State enters the game sporting a 4-3 ATS record. They were set as 7-point underdogs to Clemson in last week’s Sugar Bowl before going on to upset the Tigers 49-28. It’s interesting to note that the Buckeyes are 19-7 ATS in their last twenty-six games as a betting underdog so don’t be surprised if they keep it close with Alabama on Monday night. The Crimson Tide have also struggled to cover the spread in their recent history of postseason competition, going 0-4 ATS in their last four championship games.

Make no mistake about it, this game will come down to which quarterback will outperform the other. Mac Jones was one of three Alabama players to be named a Heisman finalist and Justin Fields certainly could have been as well had Ohio State played a full slate of games. Jones enters the game first among all quarterbacks in completion percentage, yards per pass attempts, and quarterback rating while also finishing second in touchdown passes and total passing yards. What might be an equally impressive feat is the Alabama quarterback threw just four interceptions all season.

Fields, who looked fantastic in the Sugar Bowl against Clemson, ranks 4th among all quarterbacks in completion percentage, 6th in quarterback rating, and 9th in yards per pass attempt. This game could be extra important for Fields as he’s expected to enter the NFL Draft this year.

Alabama hasn’t had a great recent history of covering the spread in championship games but it’s hard to bet against their offense against this porous Ohio State defense. Attempting to slow down Mac Jones, Najee Harris, Devonta Smith, and hopefully Jaylen Waddle may prove to be too tall a task for the Buckeyes to handle. Ohio State ranks in the bottom half of all teams in most passing defense statistics including 92nd in opponent completion percentage and 63rd in opponent yards per pass attempt. They haven’t had a ton of success rushing the passer either as they rank just 33rd in sacks per game. Alabama’s offense should be able to find the end zone plenty of times on Monday night.

The Alabama defense is much better suited to hold their own in this game. While they aren’t a top ten unit, they still rank a respectable 24th in opponent yards per pass attempt and 17th in average opponent passer rating. Not to say Ohio State’s offense will be completely stifled or shut down, but the numbers indicate that Alabama should be able to slow them down enough to allow their stacked offensive unit to pull away and comfortably win the game.

If you’re looking to bet on the total, don’t be scared of the high number at 74.5. This should be an offensive shootout in every sense of the word so don’t be surprised if the final score gets into the 80s. The offense is clearly the strength of each team and a plethora of touchdowns will force both quarterbacks to sling it for all four quarters. You’ll live to regret betting on the under before the halftime whistle blows.

After extending their hot and San Diego’s cold streak, the Seattle Mariners will be looking to leave Petco Park with a two-game sweep as they take on the Padres this afternoon. Yesterday, the Mariners pounded out a dozen hits and plated eight runs, and Chris Flexen pitched 6.2 shutout innings to collect his third straight END_OF_DOCUMENT_TOKEN_TO_BE_REPLACED