Camellia Bowl Preview: Can Marshall and Buffalo Put Disappointment Behind Them? 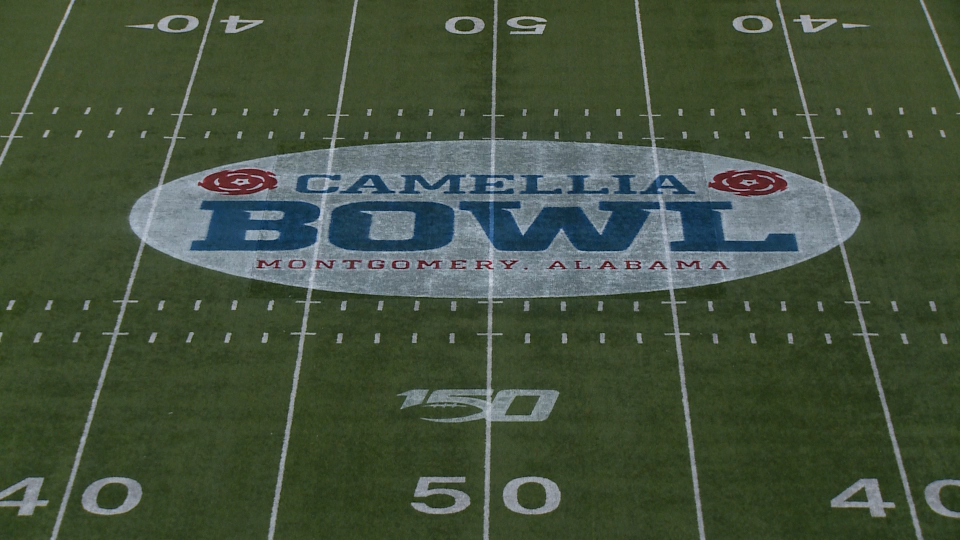 Marshall and Buffalo both suffered disappointing defeats in conference championship games last week, but they have a chance to finish the college football season on a winning note when they face off in the Camellia Bowl in Montgomery, Alabama on Christmas Day. The Thundering Herd (7-2, 4-1 Conference USA) take on the Bulls (5-1, 5-0 Mid-American Conference) at 2:30 pm ET/1:30 pm local time in a game that will be televised on ESPN. Buffalo is favored by 4.5 points, and the total for the game is set at 54.5 at FanDuel Sportsbook.

Marshall won their first seven games of the season and were ranked before falling in their last two games, while Buffalo steamrolled MAC opposition before being upset by Ball State in the MAC championship game. Which team will come out on top in their bowl matchup? Here’s a look at some key factors for the game and how the action might shake out.

Offensively, Marshall had been solid over their seven-game win streak, but they have sputtered over the last two games. Redshirt freshman quarterback Grant Wells (60.9 completion percentage, 1,977 yards, 18 TDs, 9 INTs) has been mostly efficient, but he endured an awful day when the Thundering Herd lost 20-0 to Rice on December 5, throwing five interceptions and completing only 18 of 35 passes. Then against UAB last week, he completed only 8 of 23 passes for 138 yards. Also, running back Brenden Knox (887 yards, 9 TDs, 4.8 yards per carry) has been bottled up in the last few games, rushing for only 213 yards on 53 carries (4.0 ypc) and failing to find the end zone. Prior to that, Knox had scored at least one touchdown in his first six games and had five 100-yard games in a row.

Part of Marshall’s performances in their last two games could be down to rust. After beating Middle Tennessee 42-14 on November 14, they did not play again until they were stunningly shut out at home by a Rice team that was an underdog by well over three touchdowns. After that game, Marshall’s regular-season finale was canceled, so Rice and UAB are the only two games they have played since November 14.

While defense led the way for Marshall this season, it was the offense that put Buffalo in position to win the MAC title.

The Bulls averaged over 50 points and 500 yards in their first five games, led by a rushing attack that averaged well over 300 yards per game. Then the Bulls ran into Ball State, who held them to 134 yards rushing and only 28 points in a 38-28 defeat in last week’s MAC title game. The Bulls started fast, running out to a 14-7 lead after a quarter. But Ball State hit them for four second-quarter touchdowns, including two in the final 90 seconds of the quarter, to go ahead 35-21 at halftime, and Buffalo was not able to recover from that.

Part of the reason for that was Ball State managed to do what has not been done much this season, which is to stop running back Jaret Patterson (1,072 yards, 19 TDs, 7.6 yards per carry). Patterson, who ran for 301 yards and four touchdowns and 409 yards and eight touchdowns in back-to-back games against Bowling Green and Kent State, was held to only 47 yards on 18 carries and did not have a multi-touchdown game for the first time this season. Worse yet, Patterson injured his knee in the third quarter and could be limited for the bowl game.

If Patterson is limited, then Kevin Marks, Jr. will be counted on more. Marks has done plenty of damage in his touches this season, running for 603 yards and six touchdowns on an average of 7.8 yards per carry. That will also heighten the importance of quarterback Kyle Vantrease, who has not had to show off his arm often this year but did post season highs against Ball State, going 29 of 42 for 365 yards.

Defensively, Buffalo has allowed 23.8 points and 379.2 yards per game this season. The Bulls allowed 429 yards to Ball State, including 263 through the air. The most notable number on the defensive side of the ball is that they give up 161.3 rushing yards per game, which means that Marshall’s Knox could have a good chance to bounce back from his recent disappointing performances.

First half Over 26.5 (-110): While Marshall has been excellent defensively all season, they did struggle against UAB and could face some early difficulty against Buffalo, even if Patterson is limited. And facing a defense that is pretty average will be a good opportunity for Wells, Knox, and the Marshall offense to find their feet again. Things could settle down over the course of the game, but some points will be scored early.

This game is a tough one to predict. They were both ranked at one point, and they were favorites to win their respective conferences before suffering upsets. Will excitement about playing in a bowl game override disappointment about falling short of their goals and expectations?

Beyond that, Patterson’s status is a big key for Buffalo. If he can play and be productive, it will not be easy for Marshall to stop both he and Marks. With Patterson limited, Marshall’s challenge would be made a little less difficult.

Some points will be scored in this one, but in the end, the defenses on both sides will do enough to keep it from going Over. Taking a side is best avoided here, but if there was one to pick, Marshall +4.5 would be the one. This matchup is a good opportunity for the offense to turn it around and for the defense to bounce back.