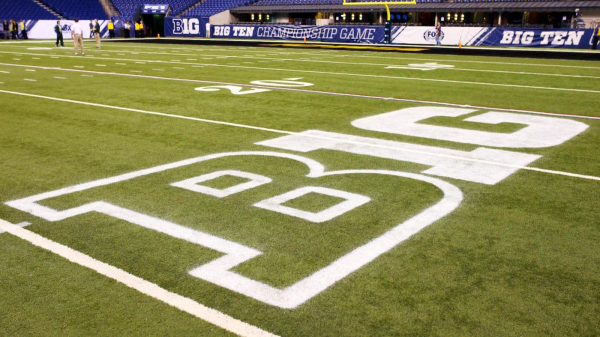 On Thursday, the Big Ten announced that its schools would be playing a conference-only schedule for all fall sports this season. The move was made to make stricter guidelines that would cut down on unnecessary travel during the coronavirus pandemic.

Of course, the question remains if there will even be a college football season. Earlier this week, the Ivy League – which was at the forefront of canceling sports before anyone else back in March – canceled all fall sports for the upcoming season. If history repeats itself, the rest of the sports world should certainly be on notice.

Feelings on Returning to Play

“If we return to play, then if we have to miss a week or two weeks, that gives us more flexibility from a conference-only schedule than it does if we had things that required us to play at different locations across the country,” said Ohio State athletic director Gene Smith. “Or, have athletic events that require other teams to travel to us. It may not be us; it may be them.

“What happens if we have a game on a schedule with a school and, all of a sudden, a school or their state says, ‘You’re on a stay-at home-order.’ It’s just to give us the best chance to be able to compete in the fall. Is this a 100% guarantee? Absolutely not.

“I’m really concerned. … I’m very concerned,” Smith continued. “In our last conversation, whenever that was, I was cautiously optimistic. I’m not even there now, when you look at the behavior of our country, and you consider that in May we were on a downward trajectory with our (coronavirus) cases. … Now we’re, if not the worst in the world, one of the worst in the world.

“I am concerned that we may not be able to play. Which is why we took the measure we took — in order to try and have September available to us for conference games and give us the flexibility and control to handle disruptions if we’re able to start a season. I’m concerned about where we are, just across the board, relative to the management of the pandemic as individuals.”

As a sports fan, those words from Smith leave an eerie feeling in your stomach. As a human being, you have to be worried as well.

The Big Ten is the first of the Power-5 conferences to make a major change to the fall sports schedule.

As for the other Power-5 conferences, SEC officials said on Thursday they would be talking with community leaders and health experts on Monday to discuss plans moving forward. However, sources close to the situation believe that nothing will truly be resolved until the end of July.

“We will talk concepts, just like we have since the beginning, and those concepts have to be more serious given the shifting landscape,” said one SEC athletic director. “But everything remains fluid, and no one believes right now that we have to (shorten the season to just league games) like the Big Ten did.”

Big 12 commissioner Bob Bowlsby said he has been advised to “move ahead slowly” and plan “for all available scenarios.” In addition, the ACC already announced that no fall sports will begin until Sept. 1.

Luckily, college sports have an easier time of rescheduling games in comparison to the pro game. After all, there aren’t as many roadblocks with scheduling conflicts and things of that nature. Although, all arenas won’t have that problem with the way things are currently.

It is frustrating for everyone right now, wondering when sports will finally return and then planning it out from there. The only thing these officials can do now is prepare for all best- and worst-case scenarios.

Tonight, two pitchers whose records could use a little polishing match up as the St. Louis Cardinals welcome the Miami Marlins to Busch Stadium to open a three-game series. Cardinals hurler Adam Wainwright has not picked up a win since May 20, while Pablo Lopez’s win in his most recent start last week was his END_OF_DOCUMENT_TOKEN_TO_BE_REPLACED