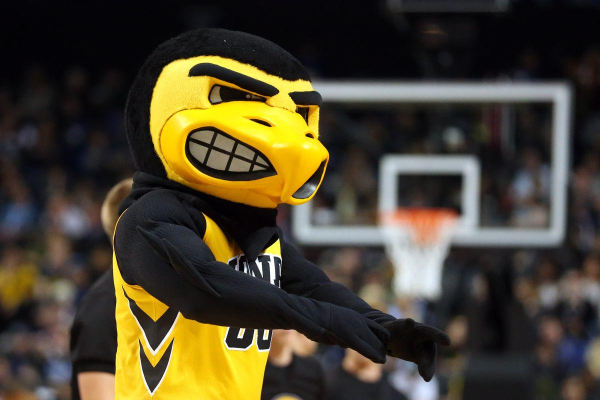 Penn State has been struggling the past few weeks and their schedule doesn’t get any easier as Iowa comes to town. Penn State is ranked 17th in the latest poll and have a record of 5-2. Iowa comes into the game 6-1 and ranked 18th in the AP Poll. Iowa’s only loss this year has come to Wisconsin, but they also haven’t gotten into the tough part of their schedule yet. Penn State lost back-to-back games to Ohio State and Michigan before squeaking by Indiana.

This week is a big game for both teams as Penn State really cannot afford to drop another game this season or the fan base won’t be too happy. Iowa can still win the Big Ten West so they too really need a win. Penn State is favored to win the game by six points at home.

Iowa is the beneficiary of having a very easy Big Ten schedule this year. They do not have to play Michigan, Michigan State, or Ohio State. The lone ranked team remaining on their schedule is this game against Penn State. They do have to play Purdue, which is going to be a tough game since it’s on the road this year. Then they play Northwestern and Illinois before taking on a weak Nebraska team in their rivalry game to end the season. Iowa’s defense this year has been their calling card.

They only allow 14.1 points a game while scoring 30.6 points a game of their own. Iowa Is gaining enough yardage to keep teams at bay as they collect 397.3 yards a game with 231.9 of that coming through the air. The Iowa defense only allows 258.1 yards a game and are very good in stopping the run. Through seven games, Iowa has only allowed 79.6 yards a game on the ground. This defense has enabled them throughout the season to make a few mistakes on the offensive end of the ball but still come out on top. Iowa still holds their fate in their hands as it comes to the Big Ten Championship and will a win on Saturday, it will really help their chances.

Sanders has also added in eight touchdowns. TraceMcSorley has thrown the ball well this year accounting for 1,461 yards and 11 touchdowns. This year has been pretty tough on the fan base after two losses with extremely high expectations coming into the year. PennState needs to win this game so that they are able to possibly still get into a good bowl game. They had the misfortune of getting a tough schedule this year and it is showing in their record.

This is going to be a really good Big Ten matchup between two solid teams. The Penn State offense is going to be slowed down by the defense of Iowa, but how much is the question. Iowa should be able to score a few touchdowns but will they be able to hold Penn State to a light offensive day? I think that Penn State will get the win in this one but Iowa will keep it close. I look for Iowa to cover but it will be a close one. Take Iowa +6