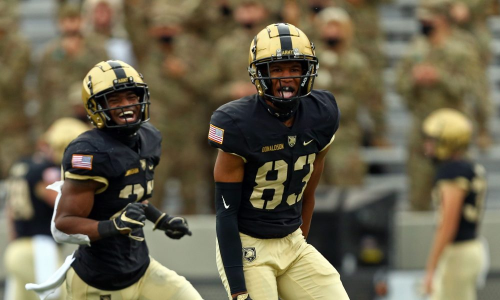 On Saturday the 3-2 Air Force Falcons head to West Point to take on the 8-2 Army Black Knights in a game to decide the Commander in Chief’s trophy. The army is coming off a 15-0 shutout of rival Navy and looks to run their win streak to three in a row.

Odds for Army vs Air Force

Last season when they met it was Air Force that escaped with a 17-13 win over Army. The Army was a little more balanced in 2019 as they threw for 129 yards in the game, while Air Force rushed for 328 yards as the Black Knights struggled to slow down the Falcon rushing attack.

There is no reason to expect anything different in this year’s game. Army has actually played slower than last year and has fully committed to a similar type of offense as Air Force. This will be your prototypical “3 yards and a cloud of dust” game, with both teams averaging 55+ runs per game. It very well could come down to the turnover battle. Whichever team is able to force a fumble and convert will emerge victoriously, but this will be a close game for sure.

I think this comes down to the fact that Air Force hasn’t played a close game since Halloween. They’ve only played 5 games all year and only played once in November. Army on the other hand is riding high after beating rival Navy last week at home and gets to rest up while Air Force travels across the country for the game. Currently, FanDuel lists Air Force (-2.5) as the favorite with the total set at 38.5.

I love Army and the under here in this game. Army is playing really well recently, and they get the consistency of having played last week. Meanwhile, Air Force’s season has been a complete disaster in terms of cancellations, and now they have to travel to West Point after three weeks without a game. I think Army’s defense continues their hot play from last week, and do just enough to squeak out a 14-10 win.