2020 Heisman Trophy Odds: Trask Trends up After Another Big Day 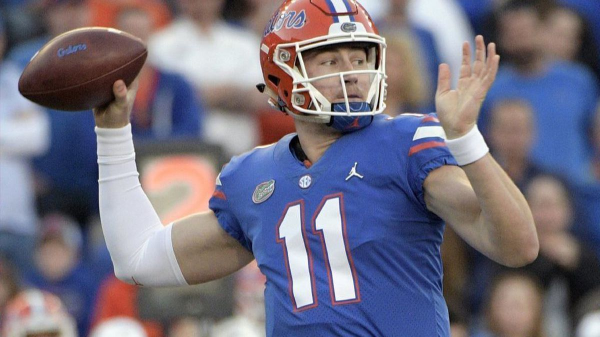 It comes as no surprise, but it was announced Saturday that the 2020 Heisman Trophy will be awarded virtually on January 5, 2021.

While the ceremony may lack its usual excitement, the race to see who will hear their name called is definitely not lacking in excitement. With a month of action left for voters to evaluate their options, four elite signal-callers have separated themselves from the field with their stellar play.

Quartet of Quarterbacks Leads the Way

Three of the favorites were not in action. Clemson had a bye week, and Alabama and Ohio State’s games fell victim to positive COVID-19 tests. That doesn’t mean there wasn’t a lot of movement with Heisman odds. The big three is now a big four, and there is no separation in the bunch with all four tied atop the odds board at +250.

Lawrence’s odds improving despite missing two games and Clemson having a bye week is notable. It also reflects the impact of COVID on the season. If Fields can potentially win with Ohio State playing only eight games (including the Big Ten title game), then Lawrence’s candidacy should not be diminished. The Clemson QB was the Heisman favorite before he was sidelined due to a positive COVID-19 test. A strong stretch run will make many voters forget about Clemson’s lone loss and his two-game absence.

Trask Continues to Trend Up

Lawrence has resumed his place at the top (along with Fields, Jones and Trask), but no one’s stock is higher at present than Trask’s.

Against Arkansas, Trask posted his latest eye-popping stat line. The senior-slinger had five touchdown passes by halftime as the Gators built a commanding lead. He added a sixth in the fourth quarter and finished 23 of 29 for 356 yards as the Gators romped to a 63-35 victory.

Trask also leads FBS with 28 touchdown passes and he’s thrown for 2,171 yards in only six games. He has thrown at least four touchdown passes in each game this season, is completing 70.1% of his passes, and has been picked off only three times in 211 attempts.

Just a couple of weeks ago, Trask was at +1200, so anyone who bet on him then has to feel pretty good right now. The Gators’ loss to Texas A&M is why Trask’s stock isn’t even higher, but it may not matter in the end. If Florida can win out then win the SEC title game, they will be in the playoffs and Trask may have some personal hardware.

Could a Darkhorse Emerge?

As it stands, it is highly probable that the Heisman will go to Fields, Jones, Lawrence, or Trask.

If another contender does emerge, the liveliest candidate is Notre Dame QB Ian Book, who currently comes in at +8000. Book’s numbers are very good but not spectacular – 1,818 passing yards, 11 TD/1 INT, 364 rushing yards, 6 TD – but as long as the Irish remain undefeated, he’ll hang around. A 12-0 season, an ACC title, and a place in the playoffs would give him a lot of traction to be considered. Book will need some standout performances in Notre Dame’s remaining games to really make his case, however.

BYU QB Zach Wilson (+3000) has better odds than Book and has been stellar for the 8-0 Cougars. But he has only two games left to make an impression. Those games are against FCS North Alabama and San Diego State, so Wilson is in a much less favorable position than Book or the leading contenders.