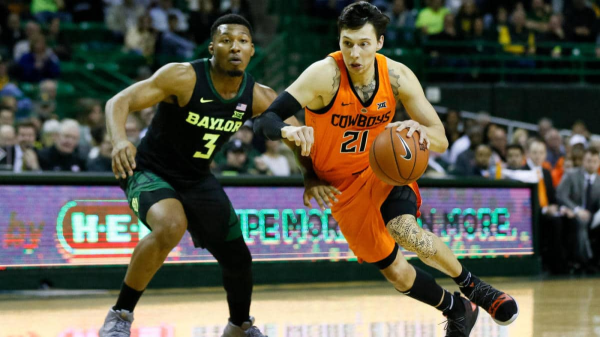 Monday night features a Big 12 showdown as the No. 16 West Virginia Mountaineers (11-2) travel to Gallagher-Iba Arena to take on the Oklahoma State Cowboys (9-4). Both of these teams are 0-1 in conference play. Tipoff for this one is scheduled for 9 pm ET.

West Virginia is coming off of just its second loss of the season as it was defeated 60-53 by No. 3 Kansas on Saturday. Prior to that, the Mountaineers had won four in a row, including a 67-59 upset of No. 5 Ohio State.

Now, they will look to freshman forward Oscar Tshiebwe to get them back on track. Against Kansas, he had a monster game, going for 17 points and 17 rebounds.

The Cowboys will be hoping to get a signature win, particularly over a conference opponent, on Monday.

The Mountaineers come into this one as one-point favorites despite playing on the road. The over/under for total points scored is currently set at 136.5.

Oklahoma State has had a bit of a rough stretch, but that doesn’t mean there isn’t talent on the team. The Cowboys have three players averaging in double-digits in scoring in Lindy Waters III (12.9 points, 2.2 assists, 4.8 rebounds), Isaac Likekele (11.9 points, 4.6 assists, 4.7 rebounds) and Yor Anei (10.5 points, 5.3 rebounds).

Aside from these three, the other two top performers aren’t too bad either. Cameron McGriff (9.6 points, 6.8 rebounds) and Thomas Dziagwa (9.0 points) have both had nice starts to the season.

Oklahoma State would love to get this win on its home floor, but I just don’t see a way they will be able to stop the Mountaineers in this one. The Cowboys have struggled of late, and I see Tshiebwe having another big game.

West Virginia felt it got the short end of the stick from an officiating point of view against Kansas and will likely take its frustrations out on the Cowboys Monday. For my money, I am taking West Virginia despite laying the single point over Oklahoma State.