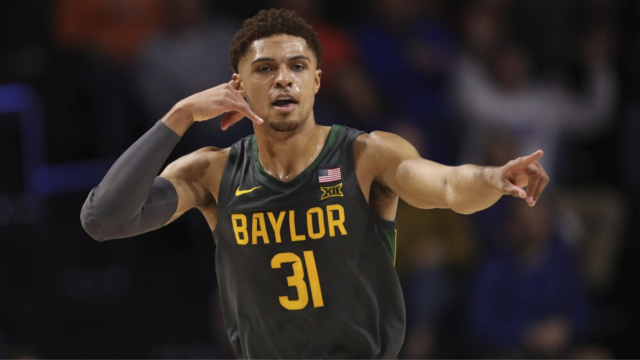 While West Virginia may be out of the top conference spots, they are still looking to improve on their 6-5 record while Baylor is trying to hold off Kansas, who is just one game behind them in the conference standings. Tipoff for this one is scheduled for 4:00 pm ET.

For the West Virginia Mountaineers, they come into this one having lost two in a row and three of their last five matchups. In their last matchup, they lost to No. 3 Kansas 58-49 at home. In the game prior to that, they lost 69-59 to unranked Oklahoma on the road.

They will be looking to rebound against the top team in the country but will have to do so playing at Baylor, where the Bears are undefeated on the season.

For the Baylor Bears, they lost their second game of the season 67-64 against Washington on the road. Since then, they have rattled off 21 straight victories.

Many of the victories during this stretch have been quality opponents as they have beaten the likes of No. 3 Kansas, 15 Villanova, No. 19 Butler, and No. 24 Texas Tech. In their last game, they won 52-45 on the road against unranked Texas. They will look to make it 22 in a row on Saturday.

The Baylor Bears come into this one as 5.5-point favorites playing at home. The over/under on total points scored is set at 130.

On the defensive side is where both of these teams shine. Baylor has the slight edge as they rank third in the nation in points allowed per game. They are allowing opponents to score just 58.3 points per game (55.9 at home).

For West Virginia, they come in 12th overall, allowing an average of 61.5 points per game to opponents (64.3 on the road). Needless to say, this could be a low scoring game, highlighted by the over/under of just 130 points.

Given that both teams are defensive stalwarts, someone is going to have to step up on the offensive side for West Virginia to have a chance. On the season, they have had two players averaging double-digits in Oscar Tshiebwe and Derek Culver.

Baylor Looks For 22nd Win In A Row

Like West Virginia, Baylor relies on a very stingy defense, as they are not the high-octane offense like other notable top-25 teams in the country. The Bears are led by sophomore guard Jared Butler and junior guard MaCio Teague.

Usually, when it is a battle of two of the best defenses in the league, I am inclined to lean towards the team getting spotted points, especially when that number is 5.5. Despite that, I am actually leaning Baylor in this one. West Virginia has really struggled to shoot the ball lately, and they haven’t even faced a defense of the caliber of Baylor.

Throw on top of that the fact that Baylor is playing at home, where they are a perfect 11-0, and I think this is a nightmare time for West Virginia to catch Baylor. For my money, I am taking the Baylor Bears despite laying the 5.5 points.