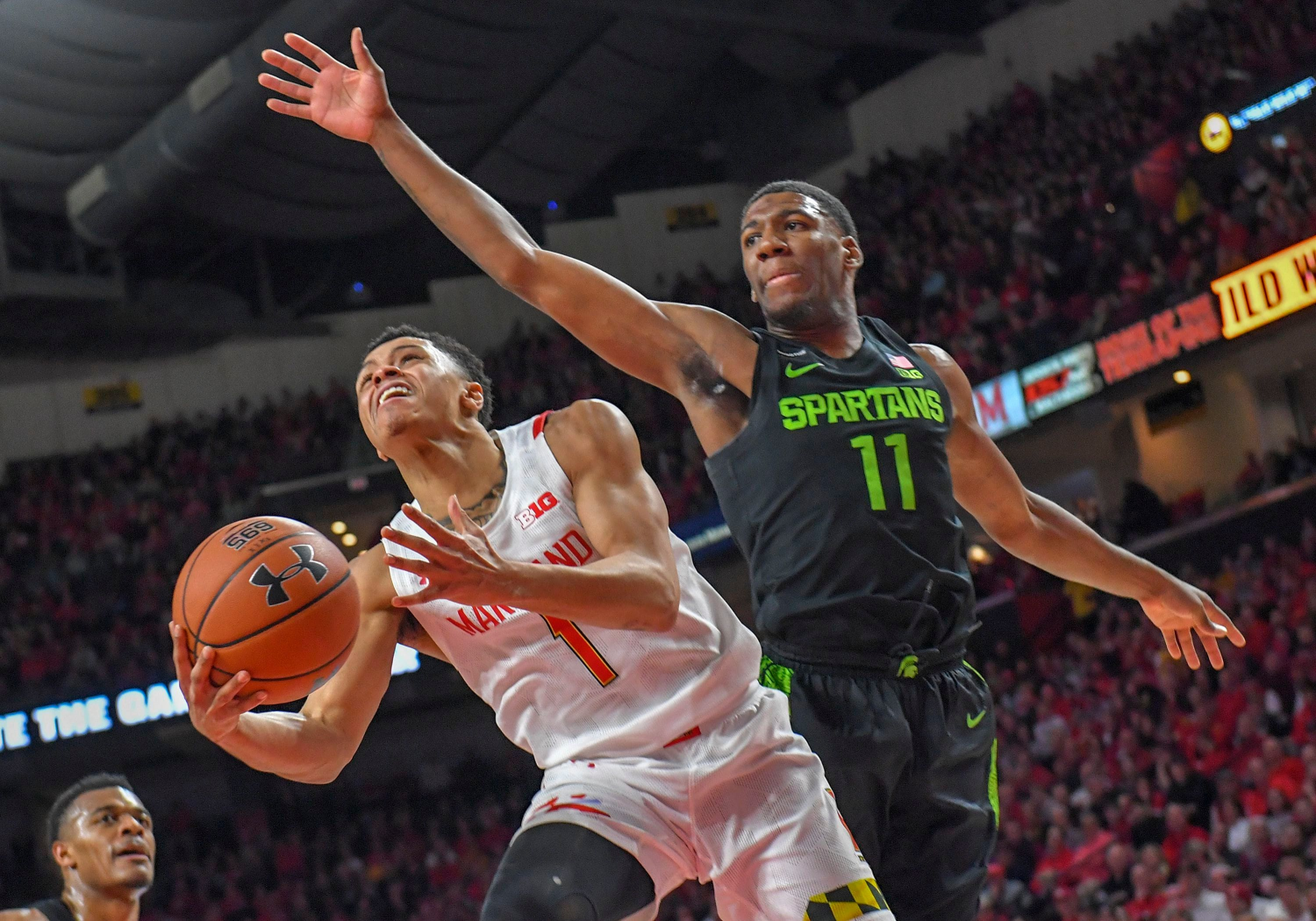 We may very well be applauding a Big Ten team as NCAA Tournament champion when it’s all said and done this season. However, we’ll first need to determine the conference champion as we head into the Big Ten tournament after the regular season ended with a three-way tie atop the standings.

Maryland looked destined for a regular-season title as the end of the regular season neared, but a run of three losses in four games forced the Terrapins into a must-win situation against No. 25 Michigan this past weekend.

An up-and-down season for Michigan State saw the Spartans recover from four losses in five games with a four-game winning streak, which led to a decisive matchup with No. 19 Ohio State Sunday.

Then there’s Wisconsin, which hadn’t lost a game since Feb. 5. That impressive run earned the Badgers a shot at the Big Ten regular-season title with a contest against Indiana Saturday.

In the end, all three teams took care of business over the weekend, leaving each with a record of 14-6 in the Big Ten and a share of the regular-season conference title.

Illinois had a chance to join that trio atop the Big Ten, but a loss to Ohio State on Thursday put the Fighting Illini a game behind the leaders.

While the Badgers earned the tournament’s top seed via tiebreaker, we’ll now be able to crown one true champion as the Big Ten Tournament kicks off this week.

All 14 teams will compete for the conference championship and an automatic bid to this year’s NCAA Tournament, but some have set themselves up in a more advantageous position than others thanks to their regular-season accomplishments.

Let’s start with No. 24 Wisconsin, which enters the Big Ten Tournament as the top seed. The Badgers won’t play until Friday when they’ll take on the winner of the Michigan-Rutgers contest.

No. 9 Maryland will also receive a double-bye in the tournament. On Friday, they’ll play the winner of the matchup between No. 20 Penn State and the victor of the Indiana-Nebraska game.

No. 16 Michigan State will begin its conference tournament title defense when it goes up against the winner of the Ohio State-Purdue contest.

No. 23 Illinois received the fourth seed in the Big Ten tournament with a conference record of 13-7, earning it a place in the quarterfinals. The Illini begin their postseason with a game against the winner of an earlier matchup between No. 18 Iowa and the winner of the Minnesota-Northwestern matchup.

If every top seed is able to win their quarterfinal game, we’ll get a semifinal round that includes big-time contests in which top-seeded Wisconsin will take on Illinois before Michigan State faces off against Maryland.

The Big Ten champion will be crowned on Sunday.

Despite earning the top seed in the conference tournament, Wisconsin finished with an overall record of 21-10, trailing both 24-7 Maryland and 22-9 Michigan State. And although the Badgers will have a favorable path to the Big Ten title game, they’re far from favorites.

With odds of +900 to win the Big Ten Tournament, Wisconsin is just fifth on the list of favorites. In fact, the Badgers are only slightly ahead of Illinois, Iowa, and Penn State, all of whom own odds of +1000.

Ahead of the conference tournament, Michigan State is the early favorite with odds of +320. The Spartans are followed closely by +450 Maryland.

After a significant gap, Michigan sits third on the list of favorites to win the Big Ten Tournament with odds of +600. With odds of +700, Ohio State is wedged between the Wolverines and the Badgers.

When it comes to March Madness, the Big Ten is represented by two teamswith top-10 odds to win it all. While Michigan State owns the fifth-best odds of +1500, Maryland is tied for the eighth-best odds at +1900.

For now, everyone is looking up at Kansas. The Jayhawks are the early favorites to win the NCAA Tournament with odds of +600.