The No.1 Gonzaga Face-Off with the No.3 Iowa in a Marquee Matchup on Saturday. 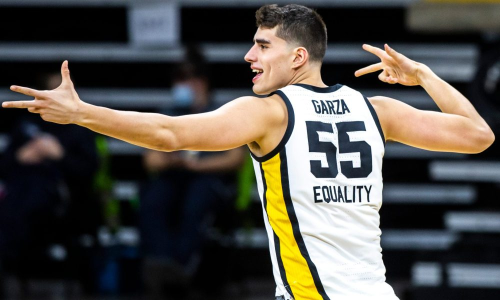 Saturday presents a marquee non-conference season matchup between two top 5 teams. The No.1 Gonzaga (3-0) face off with the No.3 Iowa Hawkeyes (6-0) at Sanford Pentagon in what may be a sneak peek of a future Final Four Championship game later next year. It is still early in the season, and it is not an elimination tie, but both teams will be playing to boost their national profile and announce their title credentials early in the season. Who of these two nationally ranked teams will win it on Saturday?

Odds for Gonzaga vs Iowa

It is a massive game for the Iowa Hawkeyes

Iowa’s offense is scorching hot and ranks first in Ken Pomeroy’s efficiency ranking with 118.8 points per 100 possessions. Central to this form is their senior center Luke Garza, a potential National Player of the Year who leads the Hawkeyes in points and rebounds.

Defensively, the Hawkeyes are ranked 75th and are allowing 68.5 points per game. They are also recording 7.2 steal and 58 blocks per game this season.

Gonzaga has lived up to the hype

However, they come into Saturday’s game after a 14-day break from basketball caused by a COVID-19 outbreak in their camp. Will they reinforce their championship ambitions and retain their No.1 berth, or will they slip against a dominant Iowa side?

Gonzaga has played against serious opponents this season. But have managed to outscore them. They are second in scoring efficiency, racking up 117.7 points per 100 possessions. They are 9th in scoring, posting 93.0 points per game, and are posting 37.7 rebounds per game.

Saturday’s game at the Sanford Pentagon presents a showdown of two of the best basketball offenses. The Zags frontcourt is deep with the likes of Timme and Kispert. They have also looked solid when facing ranked teams this season. However, I am worried that the 14-day COVID-19 pause they had may have messed their rhythm and chemistry, and Saturday will be too soon for them to get going against a top 5 opponent.

On the other hand, Iowa has been in the form of their life. They have a National Player of the Year who hasn’t lost his scoring touch, have lethal weapons in Wieskamp, Fredrick, and Bohannon in their roster, and have won against solid opponents too. Iowa’s scoring ability will shine through on Saturday, and they will upset the much-fancied Gonzaga in a close battle.