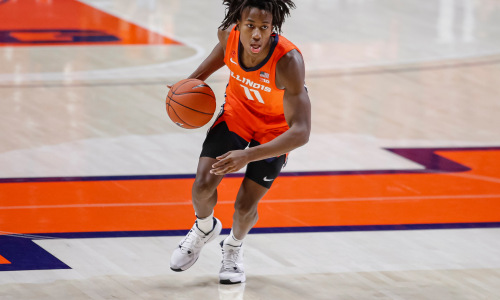 In a Tuesday night Big Ten Conference, the Minnesota Golden Gophers (6-0) will take on the Illinois Fighting Illini (4-2), in a college basketball matchup, at State Farm Center, on December 15 at 7:00 PM.

The Golden Gophers come into this game with a massive 6-0 record, having won the Kansas City Kangaroos by 90-61 last Friday. On the other hand, the Fighting Illini enter this game with a 4-2 record, fresh from a loss to the Missouri Tigers (78-81).

The Minnesota Golden Gophers have had an amazing run thus far in the season, with a perfect record of 6-0 in their first 6 games, which is an amazing start compared to their run last season, with an overall 15-16 record and an 8-12 record in the Big Ten Conference. The Gophers junior center Liam Robbins recorded 27 points on the board, with 9 rebounds and 2 assists in their win against Kangaroos. Junior guard Marcus Carr secured 15 points with 7 rebounds, and Both Gach got 14 points, 5 rebounds, and 3 assists.

The Minnesota Golden Gophers have had close calls leading to their perfect record, one of which was the game against the Boston College Eagles, that saw the Gophers win by a 5 point differential (85-80), with Marcus Carr leading the board with 20 points and 6 assists.

The Illinois Fighting Illini in Need of Consistency

The Illinois Fighting Illini has had a rather inconsistent run so far, with a 4-2 record. In their last three outings, they had won over the Duke Blue Devils (83-68), lost the remaining two games to the Baylor Bears (69-82), and the Missouri Tigers. They had started the season well, with three consecutive wins over North Carolina A&T Aggies (122-60), Chicago State Cougars (97-38), and a close call over the Ohio Bobcats (77-75).

They come into this game against the Minnesota Golden Gophers, off a defeat suffered to the cold hands of the Missouri Tigers (78-81). Their leading scorer, Junior guard Ayo Dosunmu put up 36 points, 5 rebounds, and an assist. Their sophomore center Kofi Cockburn came up with 19 points and 6 rebounds, and freshman guard Andre Curbelo secured 14 points, four rebounds, and 4 assists.

Ayo Dosunmu is pegged as one of the best guards in the country, averaging 24.8 points with 7.7 rebounds and a team-high of 5.2 assists. 52.5 percent of his shots are within the arc (inside the three-point line), 80 percent from the free-throw line, and 40.9 percent from the three-pointer region. Kofi Cockburn averages 14 points per game with a team-high of 8.8 rebounds, and Andre Curbelo averages 11 points per game with 3.2 rebounds and 2.8 assists.