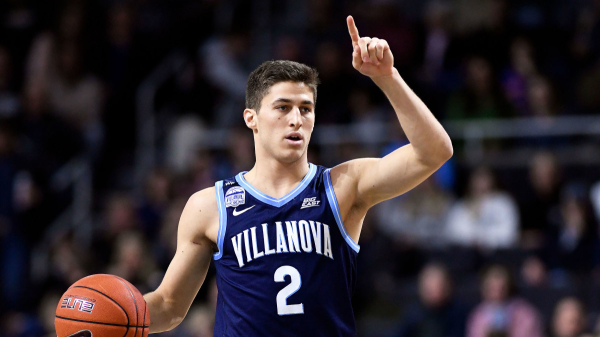 College basketball fans can rejoice as the Big East has entered the best part of the regular season. That’s right, conference games are here! Let’s take a look at this week’s Butler vs. Villanova contest from a betting perspective.

Before I dive into my betting preview, let’s take a quick look at both teams’ current state of affairs. Last week, the Villanova Wildcats began conference play with an impressive 76-63 win over the Georgetown Hoyas. In direct contrast to Villanova, the Butler Bulldogs have yet to play a conference game. Well, that’s about to change. This Wednesday, Butler will travel to the Pavilion in Philadelphia to take on the seventh-ranked Villanova Wildcats.

Who will Prevail and Why?

I think it’s fair to say from a betting perspective that the clear favorite in this game is without a doubt the Villanova Wildcats. Why? Well, that’s a loaded question. First of all, Villanova has played six games on the season. The team has won five of the six games just mentioned, including a win over Georgetown last week. Additionally, Villanova has a far superior team led by guard Collin Gillespie. Through six games played, Gillespie leads the team in average minutes played a game (35.8), average points scored per game (15.2), and average assists a game (4.5). It’s quite evident to me that Gillespie is the leader of this Wildcats team.

It should be noted that Gillespie does have a nice supporting cast. Forward Jeremiah Robinson-Earl mans the paint for the Wildcats. Robinson-Earl’s talent can clearly be seen in his play in the Wildcats’ win over the Texas Longhorns earlier this month. To be more specific, Robinson-Earl accumulated a team-high 19 points and added eight rebounds in Villanova’s win over Texas. Villanova guard Caleb Daniels is also making his mark on this basketball team. Daniels was simply outstanding in the Wildcats win over the Georgetown Hoyas last week. Daniels finished the Georgetown game with 18 points.

Although Villanova does not rely on the three-point shot as much as the team has in prior seasons, the team is quite effective with shooting the basketball from beyond the arc when they decide to do so. Guards Collin Gillespie and Caleb Daniels have combined to hit 29 three-point shots on 64 attempts (45.31%) this season. In my opinion, the outstanding long-range shooting just mentioned is going to be an issue for the Butler Bulldogs from a defensive standpoint.

Now let’s turn our attention to the Butler Bulldogs. Well, there is just not a ton of data to evaluate this team to this point in the season. Why? Well, Butler, by no fault of its own, has only played one game this season. The Butler season to this point has been a series of cancellations due to the COVID-19 pandemic. Butler enters Wednesday’s game at Villanova with a record of one win and zero losses. Butler won its only game of the year versus Western Michigan 66-62 on November 25, 2020.

In summary, I think the Villanova Wildcats are starting to peak after playing six games. They are coming off a strong win over a conference opponent and should have a great deal of confidence. The Butler Bulldogs are a team that has not played a basketball game in 21 days due to cancellations. I would have to think that the lack of competitive play is not a good thing. Frankly, I see the Villanova Wildcats winning this game rather easily.

After extending their hot and San Diego’s cold streak, the Seattle Mariners will be looking to leave Petco Park with a two-game sweep as they take on the Padres this afternoon. Yesterday, the Mariners pounded out a dozen hits and plated eight runs, and Chris Flexen pitched 6.2 shutout innings to collect his third straight END_OF_DOCUMENT_TOKEN_TO_BE_REPLACED