The Bluejays Take on the Jayhawks in a Top 10 Showdown 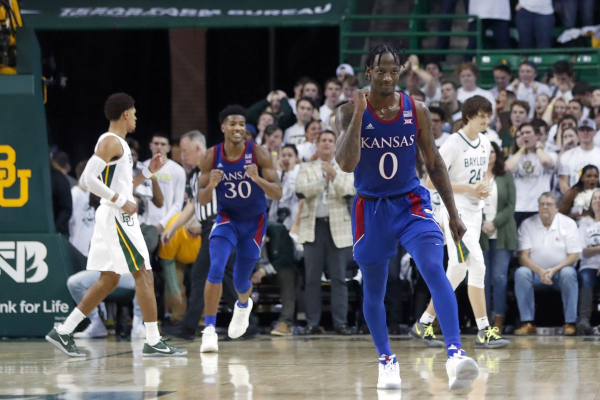 The Kansas Jayhawks welcome the Creighton Bluejays for a top 10 Tuesday night showdown at the Allen Fieldhouse, Lawrence, scheduled for December 8, at 5:00 PM.

The loss of Udoka Azubuike and Devon Dotson has put a visible dent in the Kansas Jayhawks team. This could be seen in their last game against the North Dakota State Bison. Though they won the game by 65-61, they only led for eight minutes. They shot just 38.7% from the field, with only two players scoring in double digits points.

Jalen Wilson put up 14 points and had 15 rebounds in the game against the North Dakota State Bison, with Ochai Agbaji securing 13 points, which included a free throw in the final seconds of the game that saw the Kansas Bluejay secure the win over the Bison.

Senior Marcus Garrett will be leading the offense in this game against the Creighton Bluejays. Garrett, though more of a defensive guard than an offensive player, has had the most career starts in the Kansa Jayhawks.

Their best three-pointer shooter, Christain Braun, who is 6’6″, has the height advantage over the Bluejays defenders and could be potentially lethal in this game, but the Jayhawks have to get him open looks. Braun clocked 30 points in their second game against Saint Joseph’s but has not been able to do that again in any other games.

The Creighton Bluejays come into this game having won their last three games, with the most recent win being against Kennesaw State Owls by 93-58. Forty-one bench points and 22 fast break points guaranteed No. 9 Creighton’s win to a 3-0 in total head to head over the Owls. Six Creighton players scored in double-digits, with Ryan Kalkbrenner and Marcus Zegarowski leading with 14 points each, Damien Jefferson securing 13 points. Christain Bishop and Shereef Mitchell both got 11 points each and Mitch Ballock with 10 points.

The Bluejays shot 55.7 % from the field and knocked down 18 out of 21 free throws. They led the rebound tally with 38 rebounds and had 15 assists in the game against the Kennesaw State Owls.

The fringe national title contender has always had its roster defined by its depth. With four starters that average double digits in scoring, and the ultimate super subs in persons of Ryan Kalkbrenner and Antwann Jones, who come off the bench and wreck havoc on most second team lineups.

Junior point guard Marcus Zegarowski will see himself get more game time in this game, as he has been a double-figures scorer in his three years stay with the Bluejays. He averages 4.3 assists per game through his career thus far, and 7.0 assists per game in three 2020 contests.