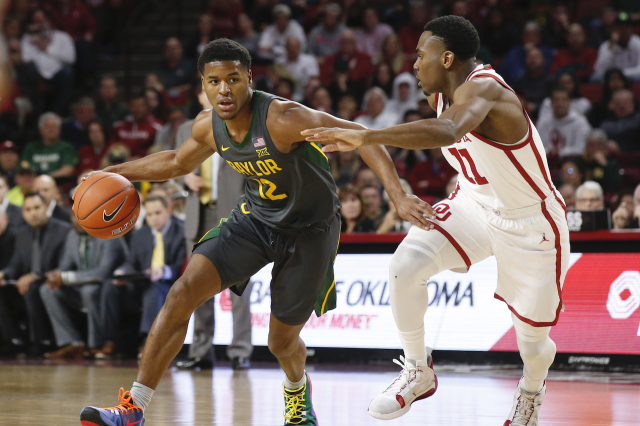 Monday night features a Big 12 matchup of Top 25 teams as the No. 22 Texas Tech Red Raiders (18-11, 9-7 in the Big 12) travels to the Ferrell Center to take on the No. 2 Baylor Bears (25-3, 14-2 in the Big 12). Even though they are in third in the Big 12, the Red Raiders have no chance of winning the Big 12 regular-season title. Still, they can play spoiler as the Baylor Bears sit just one game behind the Kansas Jayhawks for first.

This is actually the second game between the two as the Baylor Bears beat Texas Tech 57-52 on the road back at the beginning of January. For both postseason seedings and conference standings, both of these teams will be looking for a win on Monday. Tipoff for this one is scheduled for 9 pm ET.

For the Red Raiders, it has been a bit of an inconsistent ride over the last several games. They are 2-3 in their last five games, having beaten Iowa State (87-57) and Kansas State (69-62).

In that stretch, though, they have lost three games to unranked teams, including back-to-back games in their last two to unranked Oklahoma (65-51) and Texas (68-58). They will look to get back on track versus a tough Baylor team.

Speaking of the Bears, they have also run into their fair share of troubles lately. They have lost two of their last three games. One of those losses was a little more understandable, losing a close one 64-61 at home versus the No. 1 Kansas Jayhawks.

In their last game, though, they lost 75-72 on the road to unranked TCU. Like the Red Raiders, they will look to get back on track Monday.

The Bears come into this one as whopping nine-point favorites playing at home. The over/under for total points scored is set at 130.5.

On the defensive side is what makes Baylor one of the best teams in the country. They currently rank 3rd in scoring defense as they are allowing opponents to score an average of just 59.3 points per game (57.4 at home). For Texas Tech, they come in 27th in the nation allowing an average of 63.2 points per game (67.3 on the road).

After struggling in the last couple of games, the Texas Tech Red Raiders would love nothing more than to go into Baylor and steal one from one of the best teams in the country. To do so, they will need to rely on their balanced scoring led by guard Jahmi’us Ramsey.

On the season, Ramsey is averaging 15.5 points, 4.1 rebounds, 2.2 assists and 1.4 steals per game. In the first matchup with Baylor, he went for 20 points, five rebounds and three assists.

Of those players, the only other player who scored in double digits the first time against Baylor was Edwards, who had 10 points. They will certainly need the others to step up to beat the Bears.

Coming off of a brutal TCU game, Baylor will look to right the ship at home against Texas Tech. On the season, they have only lost one game at home, and they will look to keep it that way.

Mitchell was the only player on the team to score double digits in the first go-around, scoring 14 points. Gillespie also had a solid game, going for nine points and 10 rebounds.

Baylor Wins, But Can It Cover?

Despite a disappointing loss to TCU, Baylor clearly seems like the better team in this one. The tough part is whether they are a nine-point team better right now. The first time they faced each other, it was just a five-point victory, but Texas Tech has really been struggling as of late.

Throw on top of that, the fact that Baylor’s only home loss was against top-ranked Kansas, and that makes the feat even tougher for the visiting Red Raiders. I wouldn’t blame you if you went with the Red Raiders and the points, but for my money, I am taking Baylor despite laying the nine points in this one.