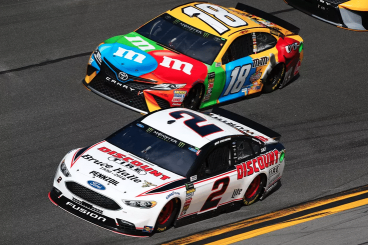 For Tennessee, ever since their lone loss of the season to Kansas, they have been absolutely rolling, having won 19 straight games going into Saturday’s matchup. Their schedule becomes tough over the next few weeks, though, as they two matchups with Kentucky and a road matchup with No. 19 LSU. Still, trying to keep their No. 1 ranking intact and the lead in the SEC, the Volunteers will be pumped for this road matchup. For Kentucky, they come into this one having played two shaky games in a row. They just squeaked by Mississippi State on the road last Saturday and lost to LSU at home on Tuesday. Looking to bounce back, the Wildcats will have to play much better to beat a dynamic Volunteers team. The two will square off Saturday with tipoff scheduled for 8:00 pm ET.

In this contest, the Kentucky Wildcats come in as 3-point favorites playing at home. The over/under for this game is set at 145 points.

Offensively, Tennessee is one of the best teams in the nation. They currently rank 7th in scoring, averaging 85.4 points per game. The distribute the ball spectacularly (rank 2nd in the nation averaging 19.9 assists per game), and they take care of the ball (they rank 29th in the nation in fewest turnovers on the season). For Kentucky, they can also put up points, ranking 55th overall and averaging 78.7 points per game. Both teams shoot it very efficiently as Kentucky rank 37th, shooting 47.7% from the field, and Tennessee ranks 2nd, shooting 51.6%.

Defensively, Kentucky holds the slight advantage. They are allowing opponents just 65.2 points per game (good for 39th in the nation) while the Volunteers are allowing 67.3 points (73rd overall). Despite the fact that Kentucky holds teams to fewer points, it is Tennessee that statistically is harder to score against. Opponents are shooting just 39% against the Volunteers (good for 13th overall) while opponents are shooting 40.6% against Kentucky (39th). Needless to say, both of these teams can put up points, and both are relatively good at holding opposing offenses down; thus, it should be a very entertaining matchup.

Tennessee Can Make A Big Statement With Road Win

As amazing as Tennessee has been, they can put a lot of doubt to rest with a road win against the Wildcats. Not only would it be huge for their overall ranking and conference record, but it will continue to solidify them as the number one overall team in the NCAA tournament next month as well.

Leading the way for the Volunteers this season has been forward Grant Williams. He is averaging 19.4 points per game on 57.9% shooting from the field. Additionally, he is averaging 7.4 rebounds, 3.5 assists, 1.2 steals and 1.6 blocks per game.

Win Over Tennessee Would Help Ease Pain Of LSU Loss

This SEC matchup lost a little bit of its luster when Kentucky lost to LSU in their last game. Still, Kentucky can make a huge statement with a win over the Volunteers, not only in the conference but in the national ranks as well.

Just like Tennessee, the scoring doesn’t stop there. Guard Tyler Herro (13.3 points, 4 rebounds, 2.3 assists, 1 steal) and forward Reid Travis (11.6 points and 7 rebounds) have had huge seasons for the Wildcats.

Hard To Bet Against Tennessee

You know it is a good matchup when the team that has won 19 games in a row is considered the underdog and is being spotted 3.5 points. I certainly understand the environment fact, as Rupp Arena will be rocking, and I also understand that Kentucky will have a chip on their shoulder after losing to LSU, but I just can’t bet against Tennessee. They have been consistent all season long and rank amongst the best in offense and pretty darn good on defense. Don’t get me wrong, they will have their hands full against a very talented Kentucky team, but until someone beats the best, I am not going to bet against them. For my money, I will take the No. 1 team in the country, especially since they are +3.5.