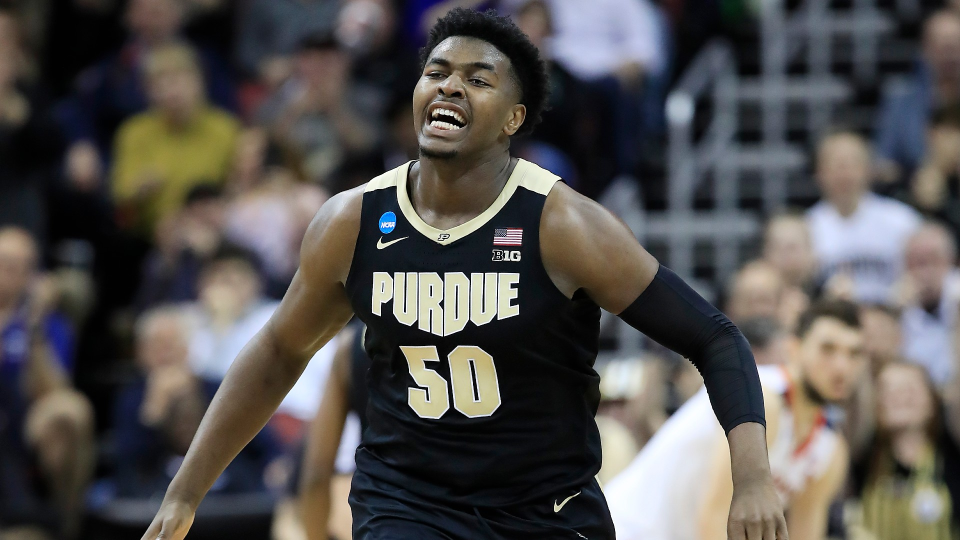 The 4th game of the Big Ten Conference play is scheduled on Wednesday and will see the Purdue Boilermakers (4-2) welcome Ohio State (5-0) to the Mackey Arena in West Lafayette, Indiana.

Purdue comes into Wednesday’s game on the back of a convincing 80-68 win against Indiana State. They will be relishing their chances against the banged-up Ohio State who narrowly won against the Cleveland Vikings in their last game.

Ohio State is missing key players, and their offensive struggles have started to show. Will the Boilermakers spring a surprise and snap up a crucial win at home or will Ohio State’s Reserve show up and maintain their perfect record?

We take a look at the Purdue Boilermakers vs Ohio State betting odds, analysis and best betting picks.

Purdue senses the opportunity for an upset

The Purdue Boilermakers (4-2) welcome Ohio State to the Mackey Arena for their conference play opener. The Boilermakers go into Wednesday’s game on the back of an 80-68 win against Indiana State last Saturday and will be relishing their chances of beating a depleted Ohio State team. The only blot for the Boilermakers so far has been losses to the Clemson Tigers (70-81) and the Miami Hurricanes (54-58).

In their last game, Purdue put out a tremendous offensive performance that gave Indiana State no chance. Trevion Williams led all scorers with 30-points and 11 boards for a double-double on Saturday. Eric Hunter Jr. and Sasha Stefanovic provided support with a double-figure point output of their own to cap a solid offensive display.

The Boilermakers’ defence is on the rise too. For the season, Purdue is allowing only 63.7 points per game, good for 5th in the Big Ten Conference and holding opponents to fewer than seven offensive rebounds in games. On Wednesday, Ohio’s depleted offence will need to be at their best if they are to open up the Boilermakers’ defence.

The Buckeyes are banged up

The Buckeyes (5-0) are on the road on Wednesday and get their first taste of the conference play-action against the Purdue Boilermakers. Ohio State comes into Wednesday’s game on the back of a close 67-61 win against the Cleveland State Vikings.

In that match, Ohio was without the services of their leading scorer (15.5 ppg) and rebounder (7.5 rpg) E.J Lidell who is out with mononucleosis and their offensive struggles were very evident.

With Lidell sitting out, Duanne Washington Jr led all Ohio State scorers with 17 points with C.J Walker contributing 12 of his own. The standout offensive performer was Zed Key who notched his first double-double in a 12 points, 10 rebounds performance.

Without Lidell’s services, the 80.4 ppg Ohio State offence stuttered, and the Vikings kept it close all game. They were even close to springing an upset at the end, and this should make Ohio worried.

Apart from Lidell, Ohio will also be without the services of Seth Towns (Knee), and Meechie Johnson Jr (recently arrived) and must be at their best if they are to stop this Purdue team

Without a full roster, Ohio State is in trouble. Yes, despite poor performances, the team has managed to eke out wins, but this will not continue forever. From now on, CJ Walker and Zed Key will be Ohio’s key offensive pieces in the absence of Lidell. However, it is difficult to bet on them showing up in every game. The Boilermakers welcome Ohio to their home turf on the back of a good run that has included solid wins and close defeats. They will be relishing their chances against a depleted Ohio team and know a win here will be huge for their postseason hopes. I like Purdue to win on Wednesday in a close match.