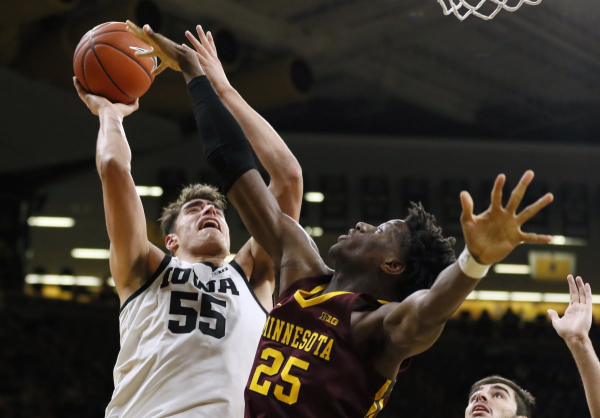 Ohio State is back in business after winning five of their last six games. The Buckeyes have improved their record to 17-8 overall, and 7-7 in Big Ten Conference play. Iowa sits in third place in the Big Ten Conference with a record of 9-6, but it’s a crowded leaderboard. The Hawkeyes are 18-8 and are playing for a high seed in the NCAA Tournament.

FanDuel has the Iowa Hawkeyes as 2.5-point favorites in this game.

Iowa Can Really Score at Home

Iowa will give up some points on defense, but they aren’t afraid to change up defenses often in this game. The Hawkeyes are allowing 71.7 points per game, and that must improve as we head into March.

Center Luka Garza might be the Big Ten Player of the Year this season, and he is making a strong case to be an All-American. Garza is leading the Big Ten Conference with 23.7 points per game while shooting better than 55 percent from the field.

Joe Wieskamp and CJ Frederick should give Garza some room to operate with their terrific three-point shooting.

If the Ohio State Buckeyes are going to pull off this upset on the road, then they are going to have to lean on their defense. Ohio State is allowing just 61.4 points per game, which is the 13th best mark in the country.

The Buckeyes will have their hands full in this game, and defending the arc will be a key. Ohio State is averaging just 71.5 points per game, and they can’t afford to get into a shootout.

Ohio State will need to find some room in the zone and score from the inside to put some pressure on Garza and the Iowa defense.

The Iowa Hawkeyes have been a tough team to figure out this season, but it is pretty clear that they are a different team on their home floor. Iowa loves to play at an extremely fast-paced when on offense, and they will shoot a ton of three-point shots.

The Ohio State Buckeyes have the ability to defend at a high level, but that will be tested in this game. Ohio State is going to need to shoot the ball well in this game to keep it close, and they have yet to prove that they can get that done with any consistency.

Iowa is going to make shots, and they are going to use their zone defenses to confuse the Buckeyes. This game will be close for a while, but the Hawkeyes will pull away late. Bet the Iowa Hawkeyes -2.5 over the Ohio State Buckeyes in this Big Ten showdown.