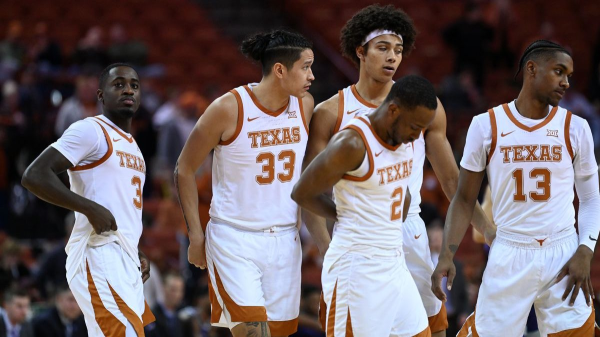 NOTE: This game was postponed due to the ongoing Covid-19 pandemic.

A Texas rivalry is set to go down at the Ferrell Center on Sunday when No. 2 Baylor plays host to No. 13 Texas. With the Bears and Longhorns having just one loss between them so far this season, there’s no better matchup to kick off Big 12 conference play.

Odds for Baylor vs Texas

Baylor has been a gambling darling

Not only does Baylor enter the game with an undefeated 4-0 record, but what might be even more impressive is that they’re also 4-0 against the spread. They’re the only team in the Big 12 to remain perfect from a betting perspective this season.

Despite their game against No. 1 Gonzaga that was supposed to take place last weekend being canceled, they’ve already proven that they can hang with the best teams in the country as they steamrolled No. 5 Illinois 82-69 on December 2nd.

They’ve also proven that they don’t need to rely on just one guy as five different players are averaging double-digit points through their first four games. They’re a favorite in this game over Texas and for good reason.

The defense has been key for the Longhorns

While offense and rebounding have been the strengths of the Bears, it’s been a defense that has won games for the Longhorns. They rank 22nd in opponent Shooting % and 29th in opponent points per game so far this season.

While they aren’t undefeated against the spread like Baylor is, they’re still a very respectable 4-2 ATS with impressive covers against Indiana and No. 14 UNC.

Their only hiccup of the season was a close 68-64 loss to No. 12 Villanova, but all signs point towards them being one of the best teams in the Big 12.

Their offense runs through Junior guard Courtney Ramey and Senior guard Matt Coleman III who are putting up 14.7 and 14.5 points per game respectively.

While Texas has looked impressive through their first four games, it’s going to be a tall task to slow down this Baylor offense and a double-digit win for the Bears isn’t out of the question.

One factor that may be key in this matchup is turnovers. The Longhorns have had trouble not turning the ball over so far this season and it proved costly in their game against Villanova. They’re averaging 13.2 turnovers per game and they’re going up against a Baylor team that is 34th in steals per game at 9.

Baylor will also be entering the game with a significant rebounding advantage, grabbing an average of 4.1% more boards per game than Texas. Furthermore, the Bears have a significantly higher shooting percentage than the Longhorns, 50.8% compared to 45.6%.

While their defense may be able to slow down the high-powered Baylor offense to a degree, a disadvantage in rebounding and consistently coughing up the ball may prove costly for Texas in this state rivalry matchup.