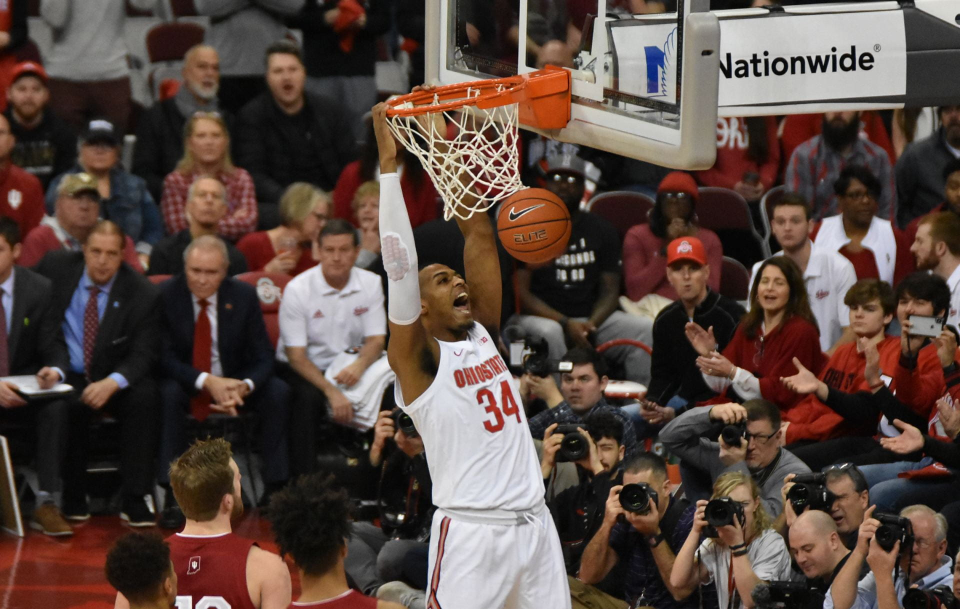 Sunday afternoon features a Big Ten showdown as the No. 7 Maryland Terrapins (22-4, 12-3) travel to the Value City Arena to take on the No. 25 Ohio State Buckeyes (17-9, 7-8). Maryland comes into this one with a two-game lead in the Big Ten while Ohio State has been a very disappointing 7-8 in the conference.

This is actually the second time this season these two will square off. The first time was a 67-55 victory by Maryland playing at home. They will look to go for the season sweep and help secure the conference with a victory on the road Sunday. Tipoff for this one is scheduled for 4 pm ET.

For the Maryland Terrapins, they come into this one on a nine-game winning streak, including a 76-67 victory at home over Northwestern in their last matchup.

In fact, their last loss was over a month ago, a 56-54 loss to unranked Wisconsin on the road. They will look to extend their winning streak to double digits on Sunday.

Their two victories, both at home, were a 68-52 victory over Purdue and a 72-66 win over Rutgers. They will look to continue playing well at home, where they are 13-2 overall.

The Ohio State Buckeyes come into this one as 2.5-point favorites playing at home. The over/under for total points scored sits at 130.5.

On the offensive side, these teams are almost identical. The Maryland Terrapins and Ohio State Buckeyes come in 128th in the country, averaging 71.7 points per game. For Maryland, they average 68.7 points per game on the road while Ohio State averages 76.2 at home.

Crazily, the same things apply on the defensive side, too. Both Ohio State and Maryland are tied for 20th in the nation, allowing an average of 62.3 points per game to opponents. For Maryland, they are allowing 65.8 on the road while Ohio State is allowing 57.6 at home.

Maryland closes out the season with five straight conference games, but given that Ohio State is the only of the five that is ranked, it feels like, with a win, the Terrapins will secure the Big Ten title.

To do so, they will look to guard Anthony Cowan Jr. to lead them. On the season, he is averaging 16.7 points, 3.5 rebounds, 4.5 assists and one steal per game.

As solid as his season has been, he was even better in the first matchup between these two teams. In that game, Cowan had 20 points, six rebounds and two assists.

The other player to keep an eye on is Jalen Smith. The forward has been a double-double machine as of late. He went for 11 points and seven rebounds in the first matchup, but on the season has averaged 15.4 points, 10.5 rebounds and 2.3 blocks per game.

Ohio State is looking to salvage what has been a disappointing conference schedule. A win over Maryland could certainly help. To do so, the Buckeyes will look to Kaleb and Andre Wesson to lead the way.

In the first game, these two combined for 29 points, 14 rebounds and five assists. Ohio State will need a similar performance to have a chance against Maryland.

Aside from the Wessons, the other leading contributor is Duane Washington Jr., who is averaging 10.8 points, 2.5 rebounds and 1.5 assists.

Taking Maryland And The Points

I have a hard time going against Maryland in this one. Not only were they able to take the first matchup pretty easily, but they have also been playing good ball as of late.

Granted, so has Ohio State, but between Anthony Cowan Jr. and Jalen Smith, who has been playing exceptionally lately, it is a tough task for the Buckeyes. Throw on top of that the fact Maryland is getting spotted 2.5 points, and I have to go with Maryland on this one despite playing on the road.