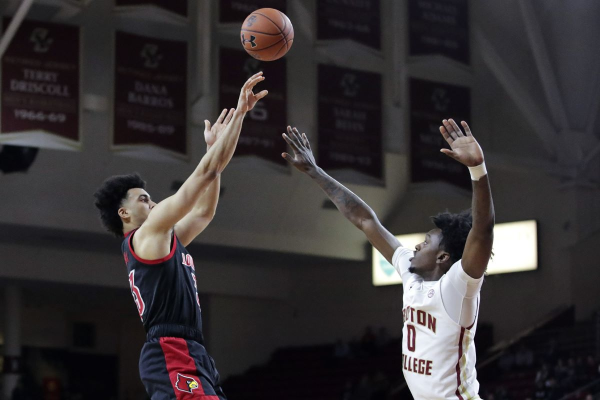 Monday night features an ACC showdown and a matchup of Top 25 teams as the No. 11 Louisville Cardinals (23-5, 14-3 in ACC) travel to the Donald L. Tucker Center to take on the No. 8 Florida State Seminoles (23-4, 13-3 in the ACC). This is the second time these two teams have matched up this season as the Seminoles took the first game on the road, beating Louisville, 78-65.

Now playing at home, the Seminoles will look to do the same. If they can, it will tie them with the Cardinals with the best record in the ACC, while if Louisville can win, it would give them a two-game lead going into the final stretch. Tipoff for this one is scheduled for 7 pm ET.

For the Louisville Cardinals, they come into play on a bit of a shaky streak over the last couple of weeks. Of their four losses, two of them have come in the last four games as they lost to Georgia Tech 64-58 and Clemson 77-62, both on the road.

This last week, though, they found their winning ways as they beat Syracuse 90-66 and North Carolina 72-55. They will hope to keep it going as they go on the road for a tough matchup against Florida State.

Speaking of the Florida State Seminoles, they have been on a decent roll as of late, winning six of their last seven matchups. Their only loss during that time was a 70-65 loss to No. 6 Duke on the road.

Since that loss, they have won three in a row, including a 67-61 win over NC State on Saturday. They look forward to playing Louisville again at home, where they are 14-0 at the Donald L. Tucker Center.

The Florida State Seminoles come into this one as 2.5-point favorites playing at home. The over/under for total points scored sits at 140.

The Louisville Cardinals know that they hold ACC destiny in their own hands as a win essentially secures them of the ACC regular-season title. Still, they are facing a familiar foe, one that they have lost to already this season.

On the offensive side, Louisville will look to supremely talented forward Jordan Nwora to lead them. He is the only Cardinal averaging double-digit scoring as he is averaging 18.2 points, 7.4 rebounds and 1.3 assists per game.

Unfortunately for the Cardinals, a big night from him was still not good enough in the first matchup. The first time these two faced Nwora went for 32 points and 10 rebounds and still lost by 13. As a result, others on Louisville are going to have to step up.

For context, in the first matchup, the four of these players combined for just 17 points, and Enoch had 10 of them.

FSU Looks To Even Up Conference Record

Like Louisville, Florida State can control their conference destiny, too. A win on Monday evens up the records, and that would mean a regular-season sweep over the Cardinals giving the edge to the Seminoles. Still, they have to perform on the floor. Luckily, they have been dynamite at home this season and look to continue that Monday.

In the first matchup between these two, it was Forrest and Walker leading the way. Forrest had 20 points while Walker had 23. Vassell also came in with a solid 14 points.

Other contributors for the Seminoles include Patrick Williams (9.3 points, 3.8 rebounds) and Malik Osborne (6.1 points, 4.8 rebounds).

There are a couple of things that have me leaning for Florida State in this one. First, they have been absolutely dominant at home, going a perfect 14-0 to this point. On top of that, I look at the first game. Jordan Nwora was absolutely phenomenal in the first matchup, going for 32 points, and Louisville still lost big.

Granted, Trent Forrest and MJ Walker had big nights in that game, too, but I still think that Florida State is a more complete team. For my money, I am taking Florida State despite laying the 2.5 points.