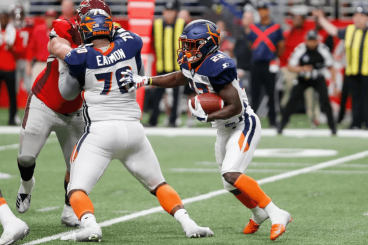 Two of the top teams in the SEC square off on Saturday in the most hyped matchup of the weekend. No. 4 Kentucky (24-4, 13-2 in the SEC) will travel to the Thompson-Boling Arena to take on the No. 7 Tennessee Volunteers (25-3, 13-2 in SEC). The first time these two met up, in the middle of February, it was all Kentucky, as they won 86-69 playing at home. In that game, PJ Washington led all scorers for Kentucky with 23 points and 5 rebounds. In the loss, Jordan Bone had 19 points and dished out 6 assists for the Volunteers.  Playing at home this time, Tennessee is hoping for redemption as they two will meet Saturday with tipoff scheduled for 2:00 pm ET.

Coming into this one, Kentucky has been absolutely rolling, winning 14 of their last 15 contests. Their lone loss came to LSU, 73-71, on February 12th. In their last game, the Wildcats beat Arkansas, 70-66. For Tennessee, they have gone 2-2 in their last 4, having lost to Kentucky and LSU. In their last game on Wednesday, they narrowly squeaked by Ole Miss 73-71.

In this contest, the Tennessee Volunteers come in as 2.5-point favorites playing at home. The over/under for this game is set at 141 points.

Defensively, Kentucky has been solid all season long. They currently rank 33rd in the nation in scoring defense, allowing 64.9 points per game to opponents. Kentucky is especially solid in the interior, where they are averaging 5 blocked shots per game (ranks 14th). Tennessee isn’t too bad either, though, as they rank 89th, allowing 68.1 points per game. They also clean up the boards well, averaging 27.70 defensive rebounds per game (37th overall).

Offensively, it is Tennessee who gets the edge. They are currently averaging 83.2 points per game, which is good for 15th in the NCAA. They are also one of the best teams in the country at distributing the ball. They rank 4th overall with 19 assists per game. Kentucky comes in also solid on the offensive side, averaging 78 points per game (59th overall).

After beating them at their place, Kentucky would love nothing more than to come into Tennessee and take their second game from the Volunteers in two weeks. With conference standings, overall rankings and tournament seedings on the line, though, both of these teams will probably be at their bests.

Leading the way for the Wildcats this season has been sophomore forward PJ Washington. On the season, Washington is averaging 15 points per game on 52.8% shooting. He is also averaging 7.8 rebounds, 1.8 assists and 1.1 blocks per game.

With LSU, Kentucky, and Tennessee all tied at 13-2 in the conference, this game will have huge conference implications on the line. Coach Rick Barnes has seen his team rise to number one in the rankings, only to be knocked down in the last several weeks. Trying to get ready for postseason play, he will look to have his high-flying offense in full gear against Kentucky.

Leading the way for the offense is junior forward Grant Williams. On the season, Williams is averaging 19.1 points, on 56.8% shooting while also adding 7.6 rebounds, 3.4 assists, 1.2 steals and 1.5 blocks per game.

Take Kentucky And The Points

Tennessee is a really good team in general, but they are a great team at home. In fact, on the season, they are undefeated when playing in front of their home crowd. Still, even though they are undefeated straight up, they are only about a .500 team against the spread. That is the big key for me in this one, the spread. The fact that you are spotting the No. 4 ranked Kentucky Wildcats 2.5 points is huge to me. Regardless of who wins this one, I think it is going to be significantly closer than the first matchup. When looking at a close matchup, I will almost always take the team being spotted the points. It becomes a no-brainer for me when that team is Kentucky. Take them +2.5.