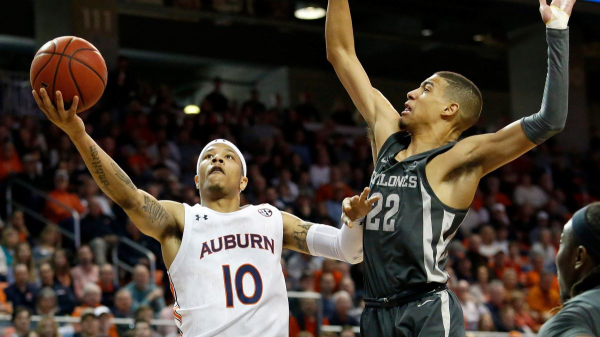 Saturday night features an SEC matchup of Top 25 teams as the No. 13 Kentucky Wildcats (16-4, 6-1 in SEC) travel to the Auburn Arena to take on the No. 17 Auburn Tigers (18-2, 5-2 in SEC). This is a big game for both teams as this game will not only have implications for the national rankings, but it also has big ramifications for the SEC standings.

Both of these teams are chasing LSU, which enters Saturday at 7-0 in conference play. With hopes of a conference championship, neither team can afford to lose ground to LSU. Tipoff for this one is scheduled for 6 pm ET.

Kentucky comes into this one having won four in a row, including a 71-62 win over Vanderbilt on Wednesday. The Wildcats’ lone loss in the conference was an 81-78 setback a couple of weeks ago, and they are looking to try to keep that as their lone blemish on the SEC record.

Having a date with LSU in a few weeks, they would love to come into that one with just the one loss on their record. Still, it won’t be easy as they go on the road to play an Auburn team that is unbeaten at home this season.

With SEC losses to unranked Florida and Alabama, the Tigers really can’t afford to lose another conference game. They come into this one having won three in a row, including an 83-82 decision over Ole Miss on Tuesday.

In fact, their last loss was to Florida two weeks ago when they lost on the road 69-47. They come into this one with back-to-back close games over unranked teams and will need to start playing with more consistency if they hope to take down Kentucky.

The Tigers come into this one as three-point favorites playing at home. The over/under for total points scored is set at 143.

Kentucky comes into this one on a four-game winning streak and would love nothing more than to make it five over the team right behind it in the SEC standings. To do so, they will look to junior forward Nick Richards to lead them, as he leading the Wildcats in scoring (14.4 points) and rebounding (8.3).

Despite back-to-back losses a couple of weeks ago, the Tigers have played well this season, and a win over Kentucky could be the type of signature win they need to really propel them in the rankings. To do so, they will look to Samir Doughty to keep them rolling.

While Doughty will be important, Austin Wiley may be equally as critical in this one. The big man is almost averaging a double-double with 10.1 points and 9.2 rebounds, but more importantly, he will be tasked with trying to slow down Richards.

Taking Kentucky And The Points

I can’t say that I hate either side in this one. Both teams are able to get up and down the court and are able to put points on the board in a hurry. While Kentucky may have the better skilled big man, Auburn definitely has players that can match up.

The fact that Auburn has been perfect at home speaks volumes to its abilities, and, aside from one rough week, they have been perfect on the season.

Still, I could see this one being close down to the wire and in those scenarios, give me the points. For my money, I am taking Kentucky and the three points.