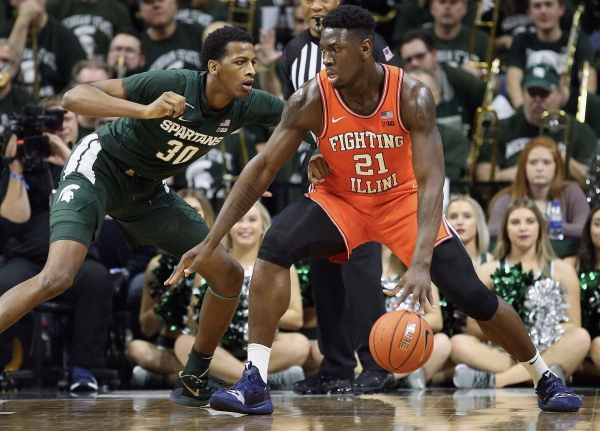 Wednesday night features a matchup of Big Ten teams as the Illinois Fighting Illini (10-5) travel to the Kohl Center to take on the Wisconsin Badgers (9-5). Both of these teams are jockeying for position in the Big Ten Conference and are chasing the 4-0 Michigan State Spartans. The Illini are currently 2-2 in the Big Ten while the Badgers are 2-1.

Both teams will be looking for the conference win. Tipoff for this one is scheduled for 9 pm ET.

The Fighting Illini have gone 4-4 in their last eight games. To their credit, two of those losses were to teams in the Top 15 in the nation (No. 12 Maryland, No. 8 Michigan State).

They have shown resiliency, though, as one of those wins was over No. 19 Michigan 71-62. They will be looking to go over.500 in conference play on Wednesday.

Wisconsin actually comes into this game having won four in a row. In the Badgers’ last matchup, they beat No. 11 Ohio State 61-57 to pick up their second Big Ten conference win of the season. They will look to keep that going against Illinois.

The Badgers come into this one as four-point favorites playing at home. The over/under for total points scored is currently set at 125.

At 10-5, it has been a solid start for Illinois this season. Much of its success can be attributed to Ayo Dosunmu and Kofi Cockburn. Dosunmu, a sophomore guard, is averaging 15.1 points, 2.8 assists and 4.1 rebounds per game.

Cockburn, a freshman center, is averaging 15 points and 9.3 rebounds per game. If those two can get going, the Illini certainly have a chance.

Trying To Stay Undefeated At Home

Even though Illinois is capable of an upset, I have a really hard time betting against Wisconsin in this one. The defense of the Badgers has been elite this year, and they have been over 10 points better on offense at home compared to on the road.

This is also evident in the fact they are 7-0 at home versus 2-5 on the road or at neutral sites. Throw on top of that the fact that Illinois has been shaky away from home (1-4), and I think this is a recipe for Wisconsin to win relatively easily.

For my money, I am taking the Badgers despite laying the four points.