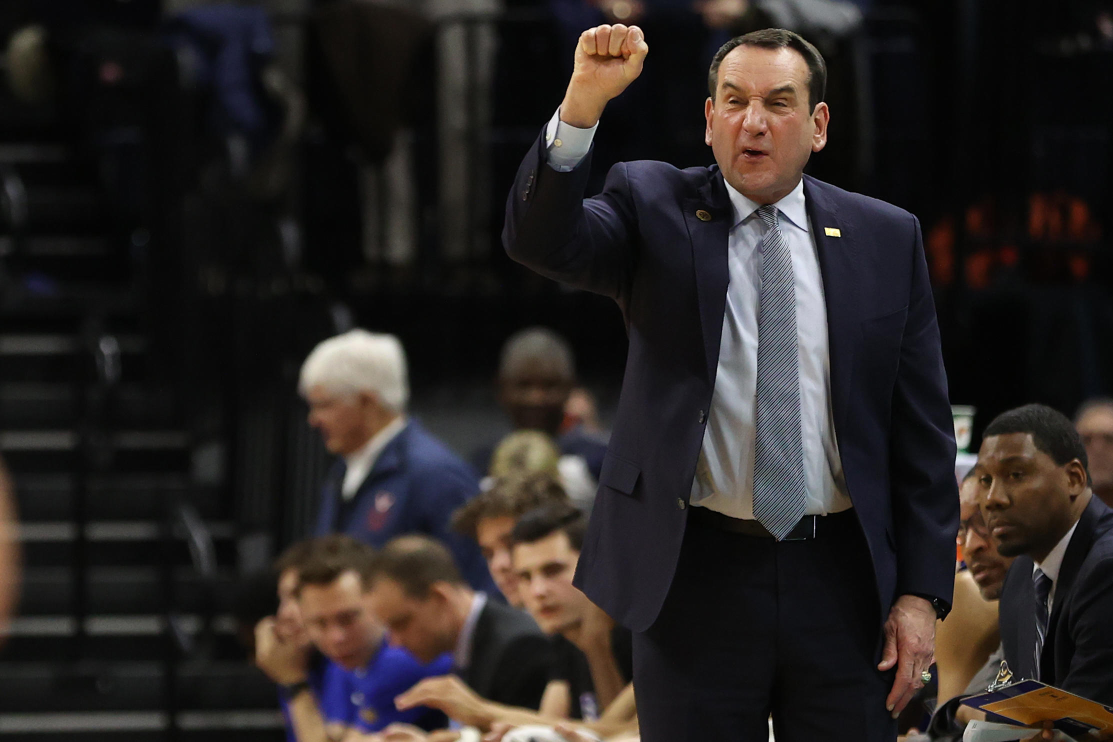 This weekend served as yet another reminder that we’re in the midst of one of the strangest college basketball seasons in recent memory. One of the headliners of another slew of upsets was No. 7 Duke’s two-point defeat at the hands of Virginia.

In the end, the difference was 7-footer Jay Huff. Virginia’s big man had perhaps the best performance of his collegiate career, racking up 15 points, 10 blocks, and nine rebounds in the contest.

Huff’s biggest contribution came with seconds remaining. With 37 seconds to play, Huff’s teammate, Mamadi Diakite, put Virginia up with a jumper. With a one-point lead, it was Duke’s turn to attack.

A penetrating pass to Vernon Carey Jr. put the Blue Devil right under the basket. He went up for the go-ahead score, but Huff was there to earn his 10th block of the night and secure the game for the Cavaliers.

In addition to his offensive production, which included a one-handed alley-oop dunk, Huff was a force at the defensive end all night. Of his career-high mark in dunks, Huff said, “Some of it was timing, I think, and some of it was being in the right place.”

This result helped Virginia improve to 21-7 while Duke fell to a record of 23-6 after dropping three of their last four games. The Blue Devils are trending in the wrong direction with just two regular-season games remaining.

Another Wild Weekend of Upsets

While Duke’s loss certainly makes them a team to be concerned about as we near postseason play, they weren’t the only ranked team to fall this weekend.

On Saturday, the upsets started rolling in as No. 12 Villanova took a four-point loss to Providence. Then No. 22 Texas Tech fell to Texas by a score of 68-58.

With a three-point loss to TCU, No. 2 Baylor is another team showing signs of a skid having now lost two of their last three contests.

After Baylor’s defeat, Clemson was able to hold on for a one-point victory over #6 Florida State. Next came an impressive effort from Oklahoma, who was able to take down No. 20 West Virginia by a score of 73-62.

After Duke’s two-point loss to Virginia, No. 24 Michigan State earned a big win over No. 9 Maryland by a dozen points.

The craziness carried over into Sunday as No. 10 Creighton suffered a 20-point loss at the hands of a .500 St. John’s team. And after No. 23 Ohio State took down No. 19 Michigan, Stanford ended the weekend with an eight-point upset over No. 21 Colorado.

Hard to Trust Duke in March

Although it feels like every team in college basketball is vulnerable, the Blue Devils feel particularly open to defeat in the ACC and March Madness tournaments.

After spending most of the regular season earning big wins over the likes of Kansas, Michigan State, and Florida State, Duke has now lost three of their past four games against teams they expect to beat.

Even more concerning than taking those three losses is the fact that each came away from home. If Duke makes a run through the tournament, they’ll need to take care of business on the road. Right now, that isn’t happening.

Duke’s skid began on Feb. 19, when they fell to North Carolina State by 22 points. The Blue Devils were able to overcome Virginia Tech at home before dropping back-to-back games at Wake Forest and Virginia.

While it’s certainly difficult to pick out a consistent team you can trust come tourney time, Duke is particularly hard to trust given the fact that they’re playing their worst basketball of the year heading into the ACC tournament.