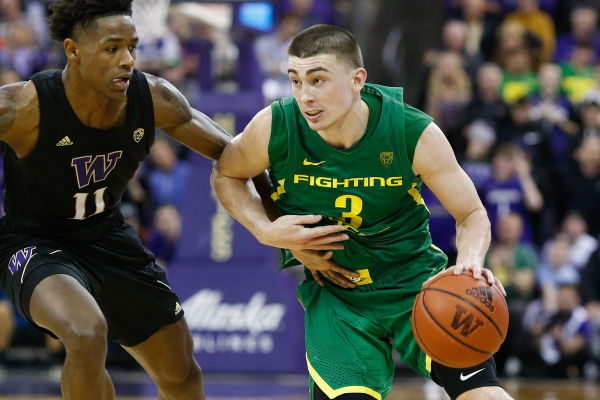 Thursday night features a showdown of the top two teams in the Pac-12 as the No. 16 Colorado Buffaloes (19-5, 8-3) travel to the Matthew Knight Arena to take on the No. 17 Oregon Ducks (18-6, 7-4). Oregon is trying to draw even with Colorado, while the Buffaloes would love to put a two-game cushion between them and the rest of the field.

To do so, though, they will have to go into Oregon to try to put the Ducks away. Tipoff for this one is scheduled for 9:00 pm ET.

Colorado comes into this one having won five of its last six matchups, including an 81-74 win over Stanford at home on Saturday. In that span, the Buffaloes’ only loss was to UCLA on the road. Still, they are in a good position to control their own destiny when it comes to the conference if they can pull out a win Thursday night.

Oregon actually comes into this one having lost two in a row. Both were road games, but the Ducks were beaten surprisingly by Stanford and Oregon State. They will look to stop the bleeding as they return home to face the Buffaloes. Prior to their two-game losing streak, the Ducks had won four in a row.

Oregon comes into this one as a 4.5-point favorite playing at home. The over/under on total points scored is set at 139.

Colorado truly holds the power in its hands. Win this game, and the Buffaloes are likely Pac-12 champions. Lose, and the edge sways to Oregon. Colorado will be looking to its trio of stars in McKinley Wright IV, Tyler Bey and D’Shawn Schwart to lead the way.

Schwart is the last to average double-digit scoring, as he is putting up 11.2 points, 3.7 rebounds and 1.4 assists per game.

Oregon has struggled over the last couple of games, but if it can pull out this one at home, it will still be in excellent shape in the conference. Home is a place they love to be, too. On the season, Oregon is 12-0 at home and looks to keep that unbeaten record going.

Leading the way for the Ducks is senior guard Payton Pritchard, who is averaging 19.5 points, 4.3 rebounds and 6.3 assists. He has also gotten help from junior guard Chris Duarte (14.2 points, 5.6 rebounds, 1.6 assists) and sophomore guard Will Richardson (10 points, 3.2 rebounds, 2.4 assists).

Taking Colorado And The Points

Having won the first matchup between these two teams at home 74-65, Colorado really is in the driver’s seat in the conference. The problem, though, is the Buffaloes have to go into a venue where the Ducks are perfect this season and face a team that is hungry for a win after two straight losses.

While I like Oregon at home and Pritchard is a ton this year, it is hard to bet on the Ducks with the shooting woes they have had over the last couple of games. While some home cooking will likely help, I think Colorado’s defense keeps it in this one late. I don’t know if the Buffaloes sweep the season series, but I do like Colorado being spotted 4.5 points in this one.