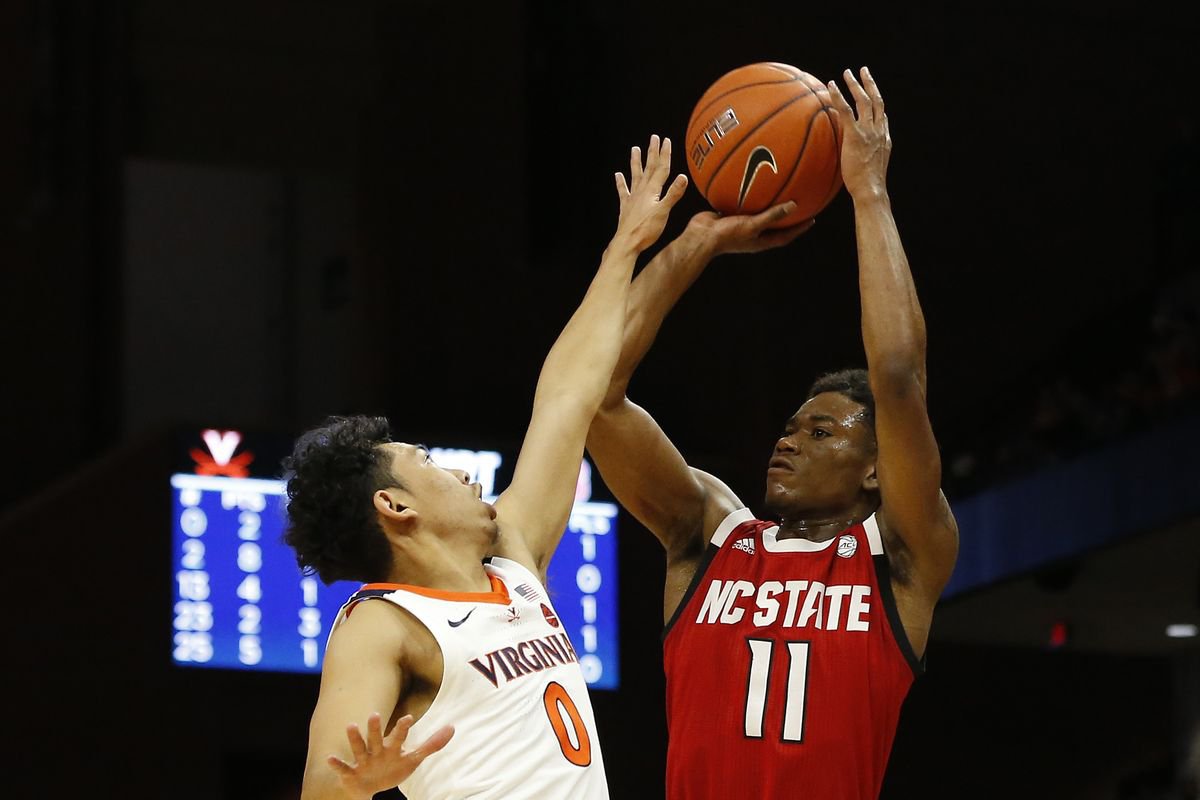 There are lots of top college basketball teams in action on Wednesday. The best of the lot might be Houston so maybe take a late dinner so you can check out the Cougars at the top of the slate in what should be an easy win.

The rest of the card should be business as usual for ranked teams. The lone exception might be in the ACC where Virginia Tech is on upset watch.

All odds are via FanDuel Sportsbook as of Wednesday, February 3.

Sometimes the best offenses and defenses are owned by teams on the outskirts. That is not the case this season as top-ranked Gonzaga is the top-scoring team in the land and Houston is tops in terms of points allowed at 56 points per game. They only gave up 48 in their last game against SMU and have been throttling opponents since the turn of the calendar. ECU might be able to slow the pace of this one down but scoring enough to keep the Cougars honest is too much to ask.

There are two ways to look at this one, but they both lead to the same conclusion. The first way is to back the hot hand, which would be Florida, who had one of the best results of the recent Big 12/SEC Challenge, upsetting West Virginia in Morgantown.

The other would be to fade any team that hands Vanderbilt a win (their only win) in the SEC, which would mean fading South Carolina. The spread is supposed to even things out but I am not seeing any reason to expect the Gamecocks to be a threat to the Gators.

When these teams met at LSU a couple of weeks back it seemed like a fair fight. Alabama won that one with a barrage of three-pointers and defense that held the Tigers below their seasonal average. The Crimson Tide were white-hot until Oklahoma knocked them off in the Big 12/SEC Challenge, where LSU also lost, to Texas Tech.

Now in this rematch, the Tide are significant favorites, a role they have not been in often this season. Against SEC Opponents they have been favored by more than 7 points at home just once, a game they won but didn’t cover against Mississippi State. A similar result is to be expected in this one. Tide win, Tigers keep it close enough.

Virginia Tech has beaten both Villanova and Virginia this season. Their win over the weekend against the Cavaliers gives them a legitimate chance of actually winning the ACC this season, a feat nobody would have put their money on. Despite this, how good the Hokies really are is up for debate.

Meanwhile, Pitt is having a better than expected season too. They do need to get it back on the rails though after a few losses. Justin Champagnie is super productive and looks to be the ACC Player of the Year. He just needs a major game against a top team to seal it. This is the one.

This game feels like a trap. Kentucky’s failures are well document but at the same time, Missouri feels like the biggest impostor in the Top 25 because they don’t shoot it well. I want to fade the Wildcats every game and take some perverse pleasure from their misery but I have been wrong about them in spots before.

Most recently when I thought the other Tigers, from LSU, would have their way with them. Mizzou’s inability to break games open lets Kentucky steal at least an ATS win here.

Villanova is not perfect, they took a loss to Virginia Tech above. However, when you watch them play, they seem to play mistake-free basketball more than other teams. Sure they don’t make every shot but they seem to always be in control and don’t beat themselves.

That has led to a perfect record on the road, 4-0 SU and 4-0 ATS. They are beating opponents by an average of 10.5 points per game which would be enough to get the cover here against an urgent St. John’s team. I think you have to take the Wildcats.

The Cavaliers are one of the best defensive teams in the nation but their style of play seems to have a high amount of variability. There are moments when their offense just doesn’t produce and sometimes teams figure them out so even though they were rolling they came up short against Va Tech last week.

I do subscribe to the theory that you do not want to play them off a loss because they get even more focused. The numbers bear that out too. In the two games after losses already this season they are 2-0 and winning by an average of 17 points per game. Both were covers too.

Georgetown stole one from Providence last week. I am not sure that makes them relevant just yet but they are sneaky. They are going to have to be more than that that if they want to upset Creighton on the road. The Blue Jays have the kind of offense that can bust out any game but they have been more contained this season…until now. Look for an easy win after some recent battles.