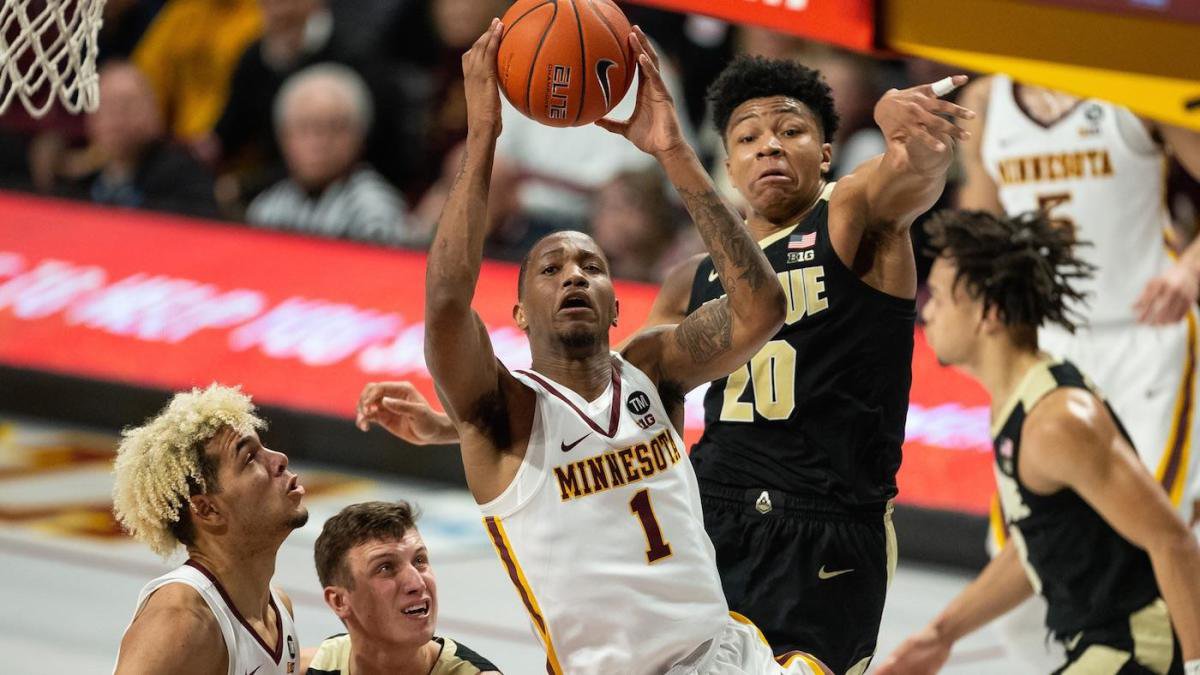 Very nice NCAAB schedule for Thursday even though we lost a game featuring top-ranked Gonzaga. They probably would have just blown out another WCC opponent.

Even with no Gonzaga, we can still turn our attention to the West Coast. There are lots of good games in the PAC 12 today. Both of the SoCal teams are up the coast in Washington looking to keep pace with each other atop the standings. Meanwhile, maybe Arizona State is turning around their season… we’ll see.

Here are the games and picks to get you through today…

These teams met earlier in the season and Purdue dominated winning by 19 at Mackey Arena. The key to that game was holding Gophers guard Marcus Carr to a season-low 6 points. When he struggles, the team struggles. Minnesota is a different team at home this season but can they do enough to flip that result in their favor? I am not sure.

I was liking Purdue a lot for this one and even more so now that the line has gone from +2 to +3.5. There might even be another point we can get but don’t wait too long, this one tips off before dinner.

Iowa State has yet to win a Big 12 game this season. That is unlikely to change on Thursday night but that doesn’t not mean you should ignore them. They have covered three in a row and have a strong record in games where they are an underdog in the range of 10-15 points, 4-1 ATS.

Kansas is anything but imposing this season and Iowa State has found their offense of late scoring 70+ in three straight games. Also, the number has gone up in ISU’s favor since opening too. A loss seems inevitable but I like them to cash.

The Sun Devils closed January with a couple of wins. Sure, beating Cal and Stanford this season is not the most impressive run, but give them a little credit for winning a couple of games they were supposed to, they even covered against the Cardinal. This is their first game in February so they should be well-rested.

Teams coming off extended breaks have not generally fared well this season but that is not affecting the number too much as Arizona State has gone from a small underdog to a small favorite. A big reason for that has to be that the Ducks are likely without top guard Chris Duarte. That might be enough to shift things in favor of Arizona State.

USC is tied with UCLA atop the PAC 12 standings, and they have a player who could be the top pick in the NBA draft, yet nobody is talking about the Trojans. Such is the curse of West Coast hoops. This team is good and is maybe coming off their best game too as they dominated UCLA, holding them to just 48 points in a win. Hitting the road is never easy but a trip to Washington should be an easy win.

Somehow the Huskies got a couple of recent wins to escape the league basement but there is not much talent on this team this season. They struggle to score and will be taking on one of the league’s best defenses. USC won 95-68 at home last month.

UCLA has been hanging in there given they have been playing without top player Chris Smith for a month. I am not sure it is pleasing their fans, but the Bruins are looking more and more like Mick Cronin’s old Bearcats teams with their rugged style and lack of stars. However, at Cincinnati, Cronin often had one scorer that stood out above the rest and the Bruins don’t have that right now. They are very balanced but sometimes not having that alpha player can be a deficit.

Washington State is a tricky road opponent because getting to Pullman is a drag and they have good guard play. They are only 1-3 as a home underdog this season and to add another win they are going to need a lot from guard Isaac Bonton, who scores 18 points per game.