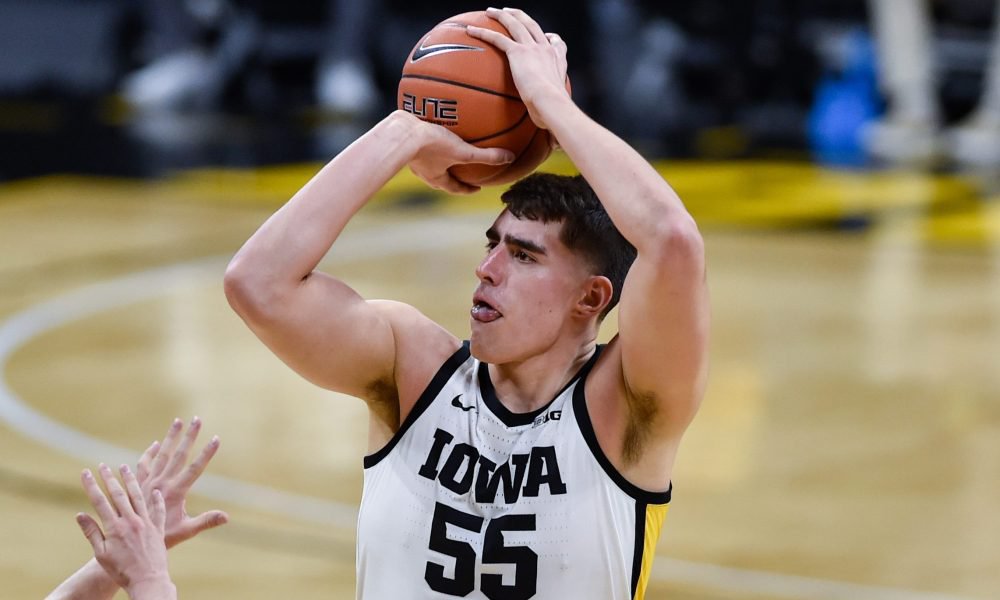 Yesterday was a bad day at the office for college basketball’s top teams with many falling to unranked opponents. Thus are the dreary days of February where familiar opponents have your number.

I don’t think we are going to see a repeat of Thursday’s blood bath but at least one top ten team is going down when Ohio State visits Iowa. I think Gonzaga remains safe at the top of the nation against Pacific. That line is a little interesting though (see below).

Let’s take a closer look at the matchups:

Ohio State is playing really well right now. They have won 6 of 7 and the one they lost was by just a couple of points. They have been winning on the road too which is why they have rocketed up the national rankings, wins at Illinois, Wisconsin and Rutgers got noticed and give us every reason to think they will compete on the road against one of the best teams in the country.

Iowa has been playing good ball all season long but a home loss to Indiana was surprising. That led to another loss at Illinois and then a win vs. Michigan State in their last time out so perhaps the Hawkeyes are vulnerable right now r experiencing some mid-season fatigue. They look like the better team on paper but Ohio State coach Chris Holtman could provide the advantage.

Gonzaga continues to roll. They have actually covered in two of their last three as the only knock against the Bulldogs this season has been that they are covering at just a .500 rate. They played Pacific a few games back at home at -26. They won, and covered, with a whopping 46 point margin.

I know the oddsmakers have to make adjustments for the venue but I am not sure how they keep a straight face while lowering the spread on this one. I know the Zags are not the greatest cover team this season but you have to keep backing them unless you think their opponent can actually compete. In the case of the Tigers, they quite obviously cannot.

The Big Ten has been awesome all season long. As we approach March though teams are going to have to separate themselves and Minnesota has one major fault, they can’t win on the road. This is a chance for them to reasonably poke holes in that indictment but it won’t be easy as Rutgers seems to have gotten itself back on track after falling off the rails in January.

They have won their last three games and seem to have reverted to the more rugged style of play they used last season with great success. As the season has progressed there has been less scoring in the 80s and perhaps they have found their sweet spot in terms of how to play best. This team held Michigan State to just 37 points last week.

Oregon did not look good in their last game. After a two-week layoff, the Ducks lost at home to rival Oregon State. This is still one of the most talented teams in the PAC 12 though and I think we are going to see that in this one spot against Wazzu. The Cougars have just three PAC 12 wins and have slipped below Arizona State in the league standings – that is essentially the decency line this season.

Early on this team was having some success and there were thoughts they might be a sleeper once they got fully healthy. Now it feels like it is just guard Isaac Bonton trying to do it alone against whoever they are playing. Oregon is one of the stingiest defensive teams in the conference and we see a lot of that in this one to get the cover.