March Madness Round of 32 Betting Preview: Picks and Odds for Monday’s Games 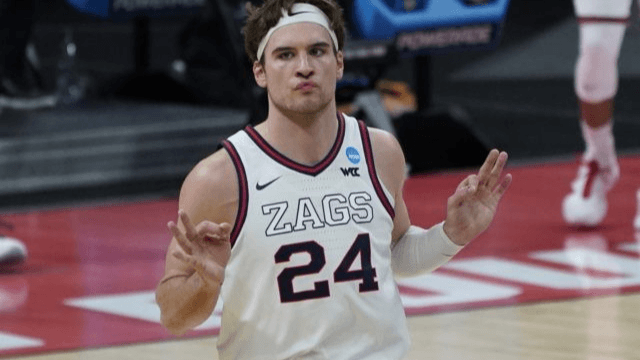 The second full day of March Madness was another wild one. We saw more big-time upsets as we said goodbye to the likes of Virginia and Texas, and we saw Oregon advance without even playing a game, as VCU was forced to leave the event due to positive COVID tests.

The 16 teams that emerged victorious from Saturday’s round of games hit the court today for their second-round games, and they have a tough act to follow after yesterday. If today is anything like yesterday, we are in for some more intense hoops action.

This one is super interesting because Oregon has not played a game yet. You can make an argument both ways as to whether that is a benefit or detriment. The Ducks do match up well with the Hawkeyes, but they have to avoid a slow start. The way that Iowa shoots the ball you can’t spot them too many. The Hawkeyes had little trouble with Grand Canyon in their opener. Luka Garza looked really good making 9 of 16 shots, even against some size. It would be wise to watch the first 10 minutes before making a live play on this one, in order to see how the Ducks start in this unusual spot.

Oklahoma is used to playing top teams. In the Big 12, they face plenty of them and often hold their own. However, they were beaten handily this season by Baylor, the best team in the Big 12. Gonzaga is at least that good, so it is no surprise that they are heavy favorites. The Zags just covered 33.5 against first-round opponent Norfolk State, winning 98-55. At first glance, today’s line looks like a big number. But that is no reason to fade the tournament’s top seed.

Top seeds have been falling at a record rate. Ohio did their part knocking off Virginia in an upset pick that became popular thanks to the Cavaliers’ COVID issues. The Bobcats are a good team though, as the MAC was underrated this season. Creighton survived their game against UCSB, barely. The team is still not right after a tumultuous last few weeks, and Ohio should be able to run with them. That said, the stylistic similarity might play to the Bluejays’ advantage and make the difference.

It is modest, but USC is actually the favorite here even though they are the lower seed. That is no accident. Kansas has nice talent, but freshman star Evan Mobley of USC is going to be the best player on either side in this one. Kansas is also still recovering from their COVID hit. They got back big man David McCormack, which was huge, but forward Jalen Wilson is still a question mark. Bill Self is one of the best coaches in the nation, but Andy Enfield is doing his best job yet at USC. This game should be close and cruise to an over.

The success of the Pac-12 has been one of the storylines of March Madness. UCLA has a chance to add to that one as they take on surprising Abilene Christian. ACU gets full credit for eliminating Texas. They used their trademark defense to make life miserable for the Longhorns, but now the cat is out of the bag. UCLA will have a great idea of what to expect, and they have enough talent to get by the Wildcats. They are actually a really great value against an opponent that is likely overrated after their big upset win.

Both teams in this matchup advanced pretty easily. For LSU, it took a while to get going against defensive-minded St. Bonaventure, but once they found what was working they let their talent shine through. They can do the same against Michigan. The Wolverines played like the #1 seed in their opener against Texas Southern, but this is the one where they are going to miss “glue guy” Isaiah Livers. The Tigers have NBA talent, and Michigan will realize that pretty quickly. This is going to be a great game that goes over the total with ease, similar to Michigan’s win over Ohio State a few weeks back.

These teams are pretty evenly matched, and both dispatched their first-round opponents with ease. Colorado might not have as much talent overall, but in McKinley Wright IV they have a senior PG that could be the difference. That is something the Seminoles lack. FSU has the usual plethora of long, wing athletes that are interchangeable. They have the depth but seem to lack that one star. This could be a game where that hurts them. This one is a real toss-up and begs for in-game action. Watch the first 10 minutes and then decide.

Maryland was a great bet to beat UConn in the first round, and their win was no surprise. There is just something about this team that makes them good for at least one upset, and they have some good players too. What they don’t have is an ability to play lots of different ways like Alabama does. As long as Alabama’s defense is good, they should advance in this one. Maryland can muck things up and try and stay close, but the Crimson Tide offense is much better than the Terps’. Maryland can’t afford to trade 2s for 3s if they want to stay in the game.