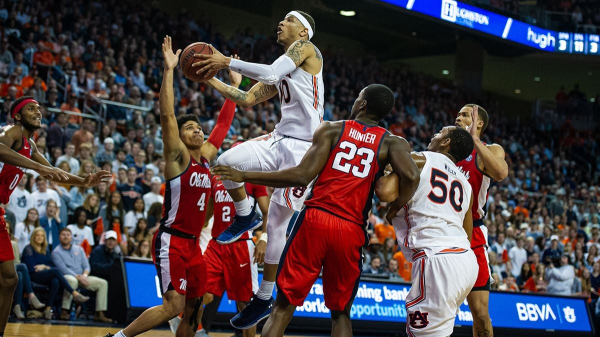 Sitting two games ahead of the Tigers in the conference standings, Kentucky has to feel comfortable, but they would still like to prove to themselves they can handle Auburn, especially at home. Tipoff for this one is scheduled for 3:45 pm ET.

For the Auburn Tigers, they come into this one having won two of their last four. In fact, in that time, they are 2-0 at home while they are 0-2 on the road. Their two losses came against unranked Missouri (85-73) and Georgia (65-55) while beating Tennessee (73-66) and Mississippi (67-58) at home. They will look to shake their road woes as they travel to face Kentucky.

Speaking of the Kentucky Wildcats, they come into this one having seven in a row. In fact, their last loss was against Auburn. Since then, they have strung together seven in a row, albeit against unranked teams. Their last two wins included a 65-59 win over Florida and a 69-60 win over Texas A&M on Tuesday. They will look to make it eight in a row on Saturday.

The Kentucky Wildcats come into this one as a 5.5-point favorite playing at home. The over/under for total points scored is set at 141.

On the defensive side, it is Kentucky who currently holds the advantage. They currently rank 62nd in the nation in scoring defense. They are allowing opponents to score just 65.4 points per game (62.6 at home). For the Tigers, they come in 193rd in the country, allowing 70.3 points per game (70.7 on the road).

Auburn knows they are still in the conversation for an SEC championship, but they have to win on Saturday to stay there. To do so, they will look to guard Samir Doughty and forward Isaac Okoro. For Doughty, he is averaging 16.1 points, four rebounds, 2.6 assists and 1.1 steals per game. In the last matchup against Kentucky, he went for 23 points and five rebounds.

For the freshman Okoro, he had 14 points in the last matchup against the Wildcats, coming in just ahead of his 13 points average on the season. He is also averaging 4.6 rebounds and two assists.

Maxey and Quickley were especially dominant in their last matchup as Quickley had 23 points and Maxey had 22; however, Kentucky is probably at its best when they are distributing and would probably like more balance out of their offense.

Hard Not To Take Kentucky At Home

I understand that Auburn got them on their home court, but it is still hard not to take Kentucky in this one. They have been absolutely rolling as of late, while the play of Auburn has certainly been inconsistent.

The Wildcats have to slow down guard Samir Doughty, but if they can do that, they have the deeper and more talented team. For my money, I am taking Kentucky despite laying the 5.5 points.