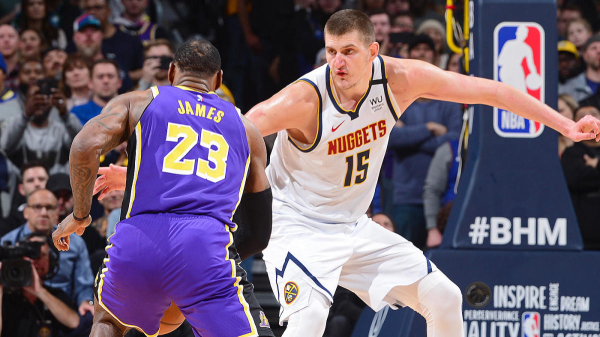 The Los Angeles Lakers will take on the Denver Nuggets in Game 4 of the Western Conference Finals on Thursday, September 24th at 6 p.m. PT. The game will air on TNT and the Nuggets will be the home team, although this is not much of a factor in the bubble this postseason. The series currently sits at 2-1 with the Lakers in the lead but the Nuggets are coming off of a Game 3 victory.

If the Lakers want to win Game 4, they must play better defense and limit the Nuggets offensively

The Lakers also shot terribly from beyond the arc and at the free throw line last game. They shot 23% from 3 going 6/26 and 64% from the free throw line, going 14/22. If they want to win, they can’t continue to leave this many points at the line, those 8 misses alone account for the 8 points they lost by. There are some benefits that Los Angeles can take away from last game and build on though, they outscored the Nuggets in the paint 64-48 and had more fast break points than them. Denver had more turnovers than the Lakers as well. LeBron played well putting up a 30 point, 11 assist, 10 rebound triple double and overall they shot a high field goal percentage. Both teams shot the ball efficiently having shot over 50% from the field, the Lakers even had 10 more shot attempts.

One of the most eye-opening headlines of the entire playoffs came after Game 3 though when the box score revealed that Anthony Davis, JaVale McGee, and Dwight Howard combined for 4 total rebounds. This is an extremely shocking stat, considering the 3 big men logged 64 minutes combined. The Lakers must do a better job rebounding if they hope to win Game 4, as a team they only finished with 25 in total while the Nuggets had 19 more, finishing with 44.

A player who could break out next game is Kyle Kuzma. He hasn’t been too involved offensively this series but we all know he is extremely capable of scoring. If he can get it going this would be huge for the Lakers, LeBron and AD have been putting up their average high point totals for the most part but they haven’t had another player score 20 on their team yet this series.

For Denver, Nikola Jokic and Jamal Murray did what they’ve been doing all postseason last game and it helped propel the Nuggets to a victory. Both players finished with near triple double stat lines and shot above 50%. Murray hit big shot after big shot down the stretch, including the dagger to put the game away, halting the Lakers late efforts to try and come back.

Jerami Grant stepped up big time last game, he finished with 26 points on 7/11 shooting and made 10 of his 12 free throws. If the Nuggets continue to get 20 points from another one of their role players alongside their star duo of Murray and Jokic, they could very well win Game 4. Monte Morris poured in some valuable minutes as well in Game 3, helping handle the ball as well as knock down big shots.

As a team, the Nuggets already feel as if they should be leading this series, if it weren’t for AD’s Game 2 buzzer beater, the Nuggets would be looking to go up 3-1 right now. They clearly do not lack the confidence and after their Game 3 victory, they know what they have to execute in order to beat the Lakers. They were blowing Los Angeles out for a stretch during the second half before the Lakers went on a huge run to cut it close in the winding minutes of the 4th quarter.

The Nuggets may be a young team but they have the resilience and mindset of a team who has been there before. They are not scared to go toe to toe with the LeBron James and Anthony Davis led Lakers at all. This is why we are going with the Nuggets again in Game 4, they have been playing the Lakers very well as of late. To close out Game 2 and for much of Game 3, they looked like the better team on the floor, head coach Mike Malone deserves a lot of credit for how he has his team playing.

Here are the betting lines from Fanduel for Game 4 as well as the series: