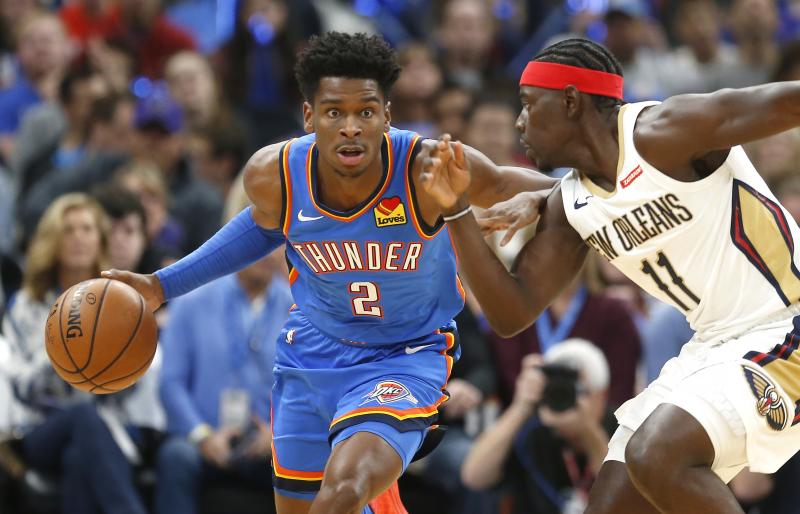 Wednesday night features a battle of Western Conference foes as the Utah Jazz (41-23) travel to the Chesapeake Energy Center to take on the Oklahoma City Thunder (40-24). This is a matchup of playoff-contending teams as the Jazz currently sit in fourth in the West while the Thunder sit just one game behind in fifth.

For that reason, this one has huge implications as playoff seeding is on the line, and as the season starts to wind down, that seeding will be very important to playoff teams. Tipoff for this one is scheduled for 8 pm ET.

For the Utah Jazz, they come into this one having had a five-game winning streak snapped on Monday by the Toronto Raptors. The Raptors beat the Jazz 101-92. Now, the Jazz must try to regroup as they travel to the Thunder.

Speaking of the Thunder, they have been quite the shocking story this season. After having traded away two of their best players in Paul George and Russell Westbrook, many wrote them off for dead in the West. All they have done, though, is find ways to win with a mixture of experience and youth.

After having recently leapfrogged the Rockets in the standings, they are trying to do the same to the Jazz.

The Oklahoma City Thunder come into this one as two-point favorites playing at home.

After having their five-game winning streak snapped by the Raptors, the Utah Jazz would love nothing more than to get a new one started. To do so, they will turn to Donovan Mitchell to lead the way.

On the season, Mitchell is averaging 24.2 points, 4.4 rebounds, 4.2 assists and one steal per game. He certainly isn’t alone, though. Bojan Bogdanovic has also been stellar this season. He is averaging 20.2 points, 4.1 rebounds and 2.1 assists per game.

If you had given me the over/under on the Thunder at fifth in the Western Conference this season, I would have taken the under. In fact, I might have bet the house on the under. It is a good thing I didn’t take it as the Thunder are proving all of the naysayers wrong with a really solid season.

Leading the way for the Thunder in scoring is Shal Gilgeous-Alexander. The young star is averaging 19.3 points, 6.1 rebounds, 3.3 assists and 1.1 steals per game.

The most incredible part of the Thunder, though, is their balance. In fact, including Gilgeous-Alexander, they have three players averaging 19 points or more. The other two include Danilo Gallinari (19.2 points, 5.5 rebounds, 2.1 assists) and Dennis Schroder (19 points, 3.7 rebounds, 4.1 assists).

At 20-13, the Oklahoma City Thunder have been solid at home, and I see that continuing in this one. The Jazz are a solid team, but they certainly have their flaws too. After Mitchell and company saw their winning string snapped, I could see a bit of a cold streak.

That is advantageous for the Thunder, and I see them pouncing to not only win this but to cover the 1.5-point spread too.