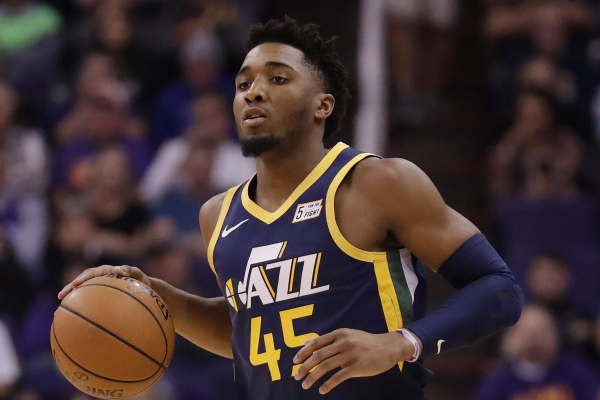 Sunday night features a battle of Western Conference foes as the Utah Jazz (33-18) travel to the Toyota Center to take on the Houston Rockets (33-19). These two teams currently sit in fourth and fifth place, respectively, in the Western Conference and are separated by just a half-game.

As we progress through the second half of the season, every win is important for postseason play, and both of these teams will be looking to get the edge as they jockey for position. Tipoff for this one is scheduled for 7 pm ET.

The Jazz come into this one having lost five of their last six games. In fact, their last game, a 117-114 win over the Portland Trail Blazers, snapped a five-game losing streak. That losing streak started against the very same Rockets team they will face on Sunday.

The Rockets have won four of their last five coming into this one but had their four-game winning streak snapped in their last game, a 127-91 loss to the Phoenix Suns. In that game, James Harden had 32 points, but only two other players (Austin Rivers and Ben McLemore) had double-digit scoring.

Granted, Russell Westbrook did not play in that one, but the lack of support was noticeable. New Rocket Robert Covington had nine points in the game.

The Rockets come into this one as four-point favorites playing at home. The over/under on total points scored is set at 233.

After breaking a tough losing streak, the Jazz would love nothing more than to start winning consistently again. Not only does a win turn around momentum for the Jazz, but it would also create a little separation between them and the Rockets.

To do so, they will look to guard Donovan Mitchell and forward Bojan Bogdanovic to get them going. Mitchell is averaging 24.3 points, 4.3 rebounds, 4.3 assists and 1.1 steals per game. Bogdanovic is putting up 21.2 points, 4.1 rebounds and two assists per game.

Houston knows that if it is going to have success, it means its two-headed monster of Harden and Westbrook needs to perform. On the season, Harden is once again putting up monster numbers, averaging 35.3 points, 6.4 rebounds, 7.3 assists and 1.7 steals per game.

Westbrook is putting up 26.7 points, eight rebounds, 7.3 assists and 1.6 steals per game. When these two are clicking, they are the best backcourt in the league.

Sharpshooter Eric Gordon has also had a nice season, averaging 15.3 points, two rebounds and 1.5 assists per game. Unfortunately, he is questionable for this one with a leg issue.

Aside from this trio, there are some new faces in Houston. With the trade that saw Clint Capela sent to the Hawks, the Rockets received Covington, who is averaging 11.5 points, 6.5 rebounds, two assists, one steal and one block per game.

Taking Utah And The Points

Let’s be honest, the Jazz were a blown Gobert goaltending call away from being on an even bigger losing streak. Still, sometimes those types of wins are needed to get back on track. An “it wasn’t pretty but it counts” type win.

With the Rockets, they have a lot of moving pieces after their trade deadline moves, and it was apparent in their last game that it hasn’t gelled together yet. Ultimately, I think this one could be close down to the wire. I am not sure if the Jazz can pull off the victory, but I do like the idea of taking them and the points. For my money, I am taking Utah at +4.