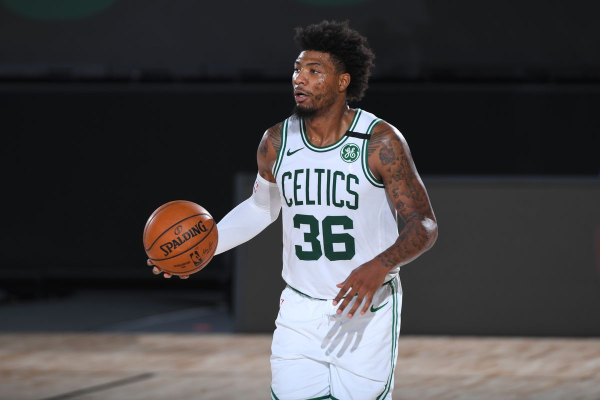 Wednesday night features an Eastern Conference matchup as the Toronto Raptors (2-3) try to push this series to the distance in Game 6 against the Boston Celtics (3-2). Tipoff is at 6:30 pm ET from the HP Field House.

The Eastern Conference semis have been a back and forth series that has seen both teams look like they could take control. After Toronto evened things up at 2-2, Boston convincingly took Game 5, 111-89.

In the victory, forward Jaylen Brown led the Celtics with 27 points and 6 rebounds. It was a team effort, though, as six players scored 12 or more, including Kemba Walker with 21 points, 4 rebounds and 7 assists and Jayson Tatum with 18 points, 10 rebounds, and 4 assists. The Celtics will look to close this out on Wednesday.

In the loss, the Raptors struggled to get anything going consistently. Fred VanVleet led the way with 18 points, 2 rebounds, and 5 assists while reserve Norman Powell had the next most points with 16. Toronto will look for their stars to take over in Game 6; otherwise, they may be heading back home.

According to Fanduel, the Celtics are favored with a Moneyline of -144. The Raptors are +122 underdogs. The spread currently has the Raptors at +3, while the over/under for total points is 210.

If you are betting the series winner, the Celtics are updated to -385 while the Raptors are +290 to come back and win a potential game seven.

Offensively, these two teams are pretty similar. The Celtics rank 12th in the league in scoring at +113 per game. The Raptors come in just a couple spots behind them at 14th averaging 112.5 points per game.

Raptors Looking To Push It To A Game 7

If Toronto has any shot of surviving this round, their stars have to elevate their games. Even though they have been a team built around depth, they have some elite talent. Unfortunately, in Game 5, the likes of Pascal Siakam (10 points, 4 rebounds) and Kyle Lowry (10 points, 5 assists) did not show up.

Boston Wants To End It Now

Absolutely anything can happen in a Game 7. For that reason alone, the Celtics would love to finish it in six. After taking a three games to two lead, Boston does not want to give the Raptors any wiggle room and will look to come out with fury from the get-go.

Leading the way this postseason for Boston has been Jayson Tatum. He is averaging 24.4 points on 45.7% shooting in nine games while also adding 9.4 rebounds and 3.4 assists per game.

Taking The Raptors And The Points

I am not sure if the Raptors pull out the victory or not, but I do think this game will be close. Unlike the 111-89 walloping the Raptors took on Monday, I anticipate Toronto’s stars to step up and give their team a shot on Wednesday.

Don’t get me wrong, the Celtics will be looking to close this one out, and if they can bury the Raptors, they absolutely will; however, the Raptors have been too good all season to fold, and being spotted three points seems like too enticing of a bet to pass up. For my money, I am taking Toronto +3.