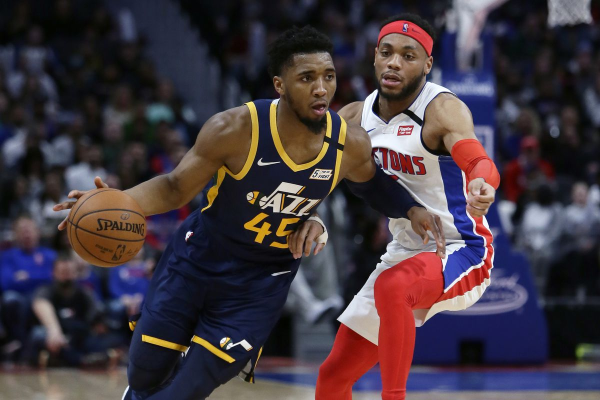 Monday night features a battle of East versus West as the Toronto Raptors (45-18) travel to the Vivint Smart Home Arena to take on the Utah Jazz (41-22). Both of these teams are playoff-bound as the Raptors currently sit in second in the East, and the Jazz are fourth in the West.

Still, as the season winds down, both want to make sure that they do not move down in the standings, so every win at this point is crucial. Tipoff for this one is scheduled for 8 pm ET.

For the Toronto Raptors, this will actually be the second game of a back-to-back after beating the Sacramento Kings 118-113 on Sunday. In that game, they got 20 points or more from three players, including Pascal Siakam (23), Kyle Lowry (30) and Norman Powell (31). With that win, they have now won three in a row.

Prior to this three-win stretch, they had actually lost three in a row, so they have been a bit inconsistent as of late. They will go for four in a row on Monday.

For the Utah Jazz, their last game was on Saturday, a 111-105 win at the Detroit Pistons. The Jazz come into this one on a bit of a hot streak having won five games in a row.

The Jazz are about to start a stretch where five of their next six games are against playoff teams (if the season were to end today) with the lone exception being the up-and-coming New Orleans Pelicans. Needless to say, they would love to get it started on the right foot with a win against the Raptors.

The Utah Jazz come into this one as four-point favorites playing at home. The over/under for total points scored is set at 225.

On the defensive side, it is once again the Toronto Raptors that hold the advantage. They rank tops in the NBA in scoring defense. They are allowing just 106.7 points per game (106.1 on the road). For the Utah Jazz, they come in 9th overall, allowing an average of 108 points per game (106.7 at home).

While they may not have a superstar like the Bucks or the Lakers, the Raptors are still about as balanced and talented as they get. Not only are they the best defensive team in the NBA, but they have some solid options on the offensive side led by Pascal Siakam and Kyle Lowry.

Their next leading scorer is Fred VanVleet, but he has been hampered with a shoulder injury and has missed the last several games. There is a belief that he could return on Monday, in which case the Raptors will welcome back his 17.6 points, 3.8 rebounds, 6.6 assists and 1.9 steals per game.

While Utah may not be quite as deep as the Raptors, they are still a talented bunch and are healthy. Leading the way for Utah is Donovan Mitchell. On the season, Mitchell is averaging 24.4 points, 4.4 rebounds, 4.2 assists and one steal per game.

The other leading scorer is Bojan Bogdanovic. This year Bogdanovic is averaging 20.5 points, 4.2 rebounds and 2.1 assists per game.

This one really comes down to rest. It is never easy to play back-to-back games, especially when you are shorthanded. VanVleet’s injury has pushed more minutes onto others, and while he played on Sunday, Marc Gasol has been injured lately as well.

With those two out, it has been a lot of tread on the tires for the rest of the crew to make up for their absences, and that can show when playing a second game in as many days.

I do think the Raptors will keep it close for most of the game, but I eventually see the Jazz pulling away down the stretch. At 21-9, the Jazz have been solid at home this year, and I expect that to continue Monday. For my money, I am taking the Jazz -4.