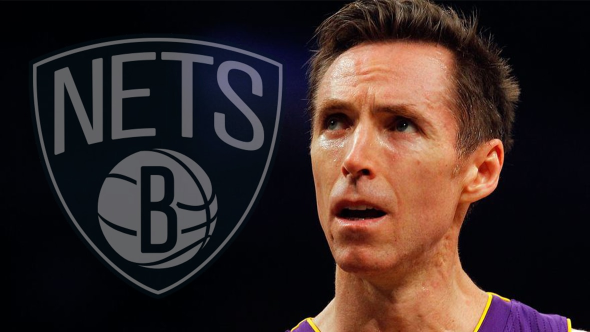 The Brooklyn Nets have been a laughingstock in the National Basketball League due to an embarrassing group of owners, and many notable disastrous trades. However, much like the world we are currently living in, times they are a changing.

Enter Steve Nash, a two time MVP and future hall of fame first ballot inductee who inherences an absolutely star studded roster with current stars such as Kevin Durant, the always controversial Kyrie Irving, and future stars in Carius LeVert and Spencer Dinwiddie. Brooklyn will also benefit by having a long offseason with an even longer break for Kyrie and KD. It’s safe to say that the Nets will automatically be a top 3 team in the Eastern Conference.

Since the season hasn’t been completed yet, it’s tough to say with complete accuracy what the future market will look like when the season starts. My assumption is that Brooklyn Nets will be between +1300 to +1600 to win the 2021 NBA Championship, considering their front and back court lineups. Vegas knows where most other teams stand, and I would be shocked if the Warriors weren’t the favorite with Lebron and the Lakers close behind.

Unfortunately for degenerate gamblers, there is currently no odds for Coach of the Year out just yet. This is where the big value bets should be. It is very possible that Steve Nash will be closer to the bottom of the list. This isn’t surprising, though, as 2021 will be his first year in charge of an NBA bench and Nash has very little experience. The difference maker will be the KD and Steve Nash relationship. If everything about the unique relationship between Kevin Durant and Steve Nash is true, then there’s no doubt in my mind that Nash can bring out the best of Durant. If Durant looks as good as he did in his first year in the NBA, then it’s a safe bet that the media would love to bend towards voting for Nash to win Coach of the Year.

Now for the MVP award; Kevin Durant could easily be the top MVP future bet on the market. If player health wasn’t a factor he would be close to being the favorite. We saw the MVP voting this year, and sports writers just plain out refuse to give the award to an aging Lebron James. Instead of James, they gave it to the “Greek Freak” Giannis Antetokounmpo who had a good season, but not better than Lebron. Giannis has now won it two years straight, which means that next year, the MVP award is ripe for the taking. It’s very likely that a KD operating at 80% could sneak into the top 3 most valuable players for the 2021 season. The players’ award odds always come out closer to the season starting, so like Coach of the Year, we will have to wait for someone to post the future market.

Tonight, two pitchers whose records could use a little polishing match up as the St. Louis Cardinals welcome the Miami Marlins to Busch Stadium to open a three-game series. Cardinals hurler Adam Wainwright has not picked up a win since May 20, while Pablo Lopez’s win in his most recent start last week was his END_OF_DOCUMENT_TOKEN_TO_BE_REPLACED