The Los Angeles Clippers are likely to dominate game 1 of the Western Conference Semifinals. 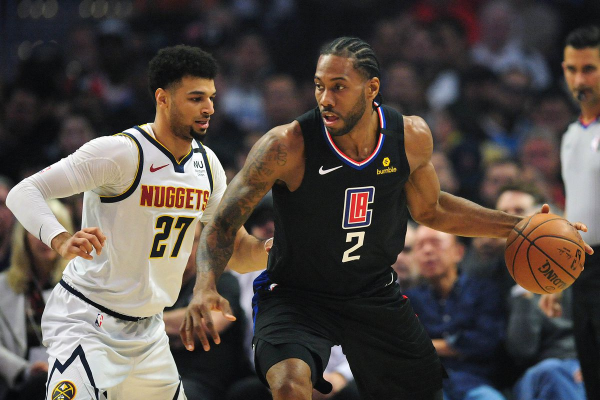 The Western Conference Semifinals series between the Denver Nuggets and Los Angeles Clippers is sure to be an exciting match-up.

The Los Angeles Clippers are the clear favorites heading into game 1. The Nuggets struggled at the start of the playoffs against the formidable Utah Jazz. The Nuggets and the Jazz both play among the slowest paces of any team in the NBA. However, Donovan Mitchell was largely the reason for the Nuggets’s distress; scoring 38.7 PPG for the first six games of the series. The Nuggets’s defense was a major issue for them against the Jazz. The Jazz managed to average 125.5 PPG for the first four games of the series.

The Nuggets did show highlights of great defense when they held the Jazz well below their regular season PPG for the last three matchups of the series. The Jazz were only able to score 78 points in game 7. However, if Bojan Bogdanović had been healthy, the Jazz would have likely had different success.

Jamal Murray and Nikola Jokic were sensational in their second playoff appearance. Murray scored 29.9 points per 36 minutes of playing time. Nikola scored 30 points and grabbed 14 rebounds in the Nuggets game 7 victory over the Jazz. Similar efforts are going to be required from them to win against the Clippers.

The Nuggets had a lower offensive rating than the Jazz and struggled with turnovers for much of their first series. It’s worth noting that the Clippers in round 1 played at a much faster pace than the Nuggets’s series against the Jazz. The Clippers played nearly 11 more possessions per match-up in their series against the Mavericks.

Kawhi Leonard is quietly having an amazing playoff run. Against the Mavericks, he managed an impressive 32.8 PPG, 10.2 RPG, 5.2 APG, and .538 FG% . However, the remaining Clipper players managed an impressive 93.8 points per game in the first round. Outside of George and Kawhi, the Clippers supporting cast surmounted 75.3 PPG for round 1. It is rare to see a great defensive team with such offensive capabilities.

During the regular season, the Nuggets had the 5th best offense rating and one of the deepest rosters in the NBA. Their depth allows them to counter whatever defensive scheme their opponents are using. Winning in the Pepsi Center is not easy for any of their opponents. However, the Clippers are arguably the best defensive team in the NBA and have 4 players that have made an All-defensive team. They also have two players that have won defensive player of the year. The Nuggets exceptional offense will likely not be enough to win game 1 against the Clippers.

The key to the Nuggets’s success is going to be Murray’s health. Murray only scored 17 points in game 7 and the Nuggets will need an electric performance by him to have a chance in this series. However, if Patrick Beverley plays for the Clippers, it will offer them a major boost and will be a nightmare for Murray.

The Clippers are a safe moneyline bet for game 1. DraftKings has the Clippers at -360 for the opening of the series. The Clippers in their regular-season victories against the Nuggets won by an average of 21 points and should easily cover the spread (Clippers -8).

The Clippers are the clear pick for the start of the Western Conference Semifinals.