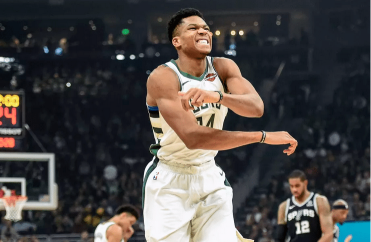 The NBA All-Star Game takes place in Charlotte tonight at 8 pm EST on TNT. We were able to see LeBron and Giannis draft their teams this year, so I think we have a little more insight into playing time this year based on the picks and how these guys are thought of. Team LeBron is currently favored by 6 in this game, which is a generally large line for an exhibition of this sort. LeBron received the first pick and drafted Kevin Durant, followed by Irving, Leonard, and Harden. Giannis took Steph Curry, Embiid, George, and Walker.

The NBA All-Star Game is a very hard thing to predict because there isn’t a ton of analysis on things like matchups and teamwork, so we have to find our angle in a different way. One of my favorite things to look at in these spots is what exactly works here. The stars of the All-Star game are usually willing shooters or dominant ball-handlers. When I say dominant ball-handlers, I mean guys like LeBron James who are going to score every time they get to the rim, not guys that dominate the ball. There is little defense played in this game, so we see more guys get hot and score when they want to. Often times, we will see an NBA player get hot in a game and then get double-teamed or pressured to attempt to cool them down. If you get hot in this game, you can keep going, which is an advantage for the shooters.

Who are the players to watch for in this game and what team are they on?

Lebron James is a physical specimen that does whatever he wants in this game. Last year, when they implemented captains into the system, it seemed to motivated LeBron a bit. With his name on the line, he put up 29/10/8 to take home the MVP and the win. He also played over 30 minutes, which wasn’t common before last year. I expect to see a similar run from starters in this game, which makes this a little easier to predict.

Kyrie Irving and Kevin Durant are the two microwaves on this starting roster. This team will look to those two to go off and be some of the leading scorers in this game. I think Kyrie will have the ball more, so I think he’s likely to be more productive, but Durant is one of the best shooters in the league as well.

Ben Simmons has been good in both Rising Stars games, and it is due to his similarities to LeBron in some ways. He is big and strong, and he will get the ball when he’s in the game. There is very little paint defense, so I think he can score a lot inside.

Giannis is again in the same mold as LeBron where he can really score at will in this game. Team LeBron will lack a lot of rim protection, especially if Anthony Davis doesn’t play, which only helps Giannis even more.

Steph Curry and Kemba Walker are both motivated to have a big game in a special place. Steph is from the area and will have close to 100 friends and family in attendance. Kemba is starting his first All-Star Game in his home stadium and is sure to be the crowd’s favorite. I love these stories because a lot of the All-Star game is about effort and that should be there for these two.

Russell Westbrook has two All-Star Game MVPs and its again because of his style of play. Westbrook loves to get to the basket at high speed and no one will get in his way in this game, allowing him to score really whenever he wants.

Team Giannis is the Way to Go

The line here is just too big. This is a friendly exhibition match that is a combination of shooting skill and effort, and I think that Team Giannis may have the edge in both of those categories. All of these players are elite at scoring the basketball, so it is hard to differentiate. That is why I love taking the 6 points here. I also really like the moneyline bet on Team Giannis, as I think the line should be even. If you want to dabble in MVP odds, I do like doubling up on the hometown narratives with Curry and Kemba around +700 each, as they are probably the two likeliest to go nuclear if they can get it started.