Sports News: NBA Non-Playoff Teams May Get A Bubble 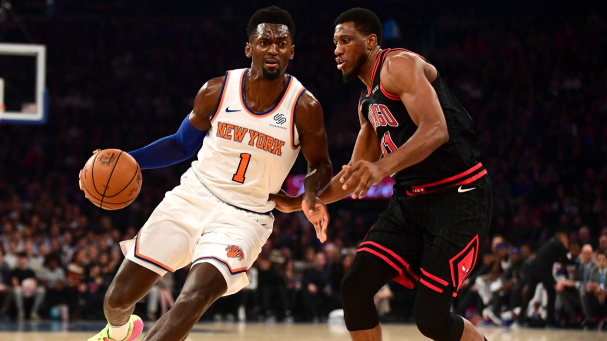 After longing for sports for so long, we are mere weeks away from real games being played. Assuming that the coronavirus does not derail the plans of major sports leagues, we could be enjoying the NBA, MLB, and NHL shortly while the NFL and college football could be following shortly behind.

While anticipation grows, so too does the news cycle. Let’s take a look at some of the major stories over the last week from around the sporting world.

While it has been reported for some time that Walt Disney World in Florida will host the “bubble city” that will see the finish to the NBA season, it appears that there may actually be two bubble cities. According to ESPN’s Adrian Wojnarowski, the NBA is looking into a second site for the eight teams that did not make the cut for Florida.

Wojnarowski reports that the second site may be located in Chicago and would allow for mini-training camps as well as the possibility of playing games to stay fresh. This would be beneficial to both players (to stay sharp) and to teams (to see what they have).

For instance, the Chicago Bulls just hired a new executive vice president of basketball operations in Arturas Karnisovas and general manager in Marc Eversley that have not seen their team play one game up close yet. This would give an opportunity for them to at least evaluate the players and coaching staff to make decisions for next season.

While this second city has not been confirmed yet, it is at least intriguing that the NBA is trying to take care of the teams on the bottom as they prepare for next season.

Every day, 2020 seems to get stranger and stranger, and if you are a Chicago Cubs fan, you can add another thing to the list. Chicago made the announcement on Thursday that starter Jose Quintana will miss the beginning of the season because of doing dishes.

That is right, in the world of weird injuries, here is another doozy. Quintana cut his thumb while doing dishes, which ended up needing stitches and microscopic surgery (to repair a nerve).

While he should only have to sit out a couple of weeks, this does likely mean that it won’t be until mid-August that he will be seen in an MLB game.

As Major League Baseball has been on hiatus since mid-March, it would be understandable if players came back a little rusty. With that in mind, it appears that some players may be a little more game-ready than others.

According to Britt Ghiroli of The Athletic, it appears that possibly more than 30 players took part in a secret camp and games during the break. The location was in Palm Beach, Fla., and included everyone from Max Scherzer (Nationals) to Justin Verlander (Astros) to even sluggers like Paul Goldschmidt (Cardinals).

Also, according to Ghiroli, occasionally, this group would play full games. It almost seems like the baseball version of the greatest NBA game that no one saw between members of the Olympic Dream Team, including the likes of Michael Jordan, Larry Bird, Magic Johnson, and others.

While it may not be quite that dramatic, it is interesting to see such a varied group of players come together to prepare for the season. Especially interesting to see participate in this is Verlander, who has been recovering from surgery during the break.

Regardless, if some players seem a little more fine-tuned than others when the season gets going, we might know why.

Patriots Get A Steal Of A Deal

Earlier this week, the New England Patriots signed Cam Newton to a one-year deal as a possible replacement to the Tom Brady-era. On Thursday, Ian Rapoport disclosed just how much of a deal the Patriots may have gotten.

According to Rapoport, the guaranteed money for Newton is a measly $550,000. The base amount is just over a million, and if all the bonuses are hit, he will get just $7.5 million.

While many may point to the fact that Newton played in just two games last year due to injury, there is no denying that this may turn out to be another Bill Belichick savvy move if Newton can stay healthy. If he can, the NFL better watch out, because even without Tom Brady, the Patriots might be a force to be reckoned with.