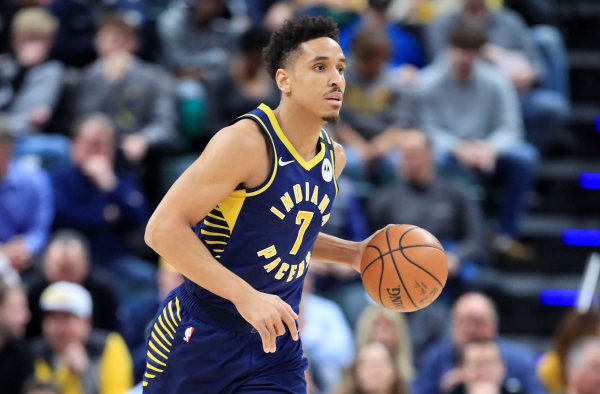 Thursday night features a matchup of West versus East as the Portland Trail Blazers (26-33) travel to the Bankers Life Fieldhouse to take on the Indiana Pacers (34-24). Portland is trying to claw its way back into a postseason spot, as it sits three games behind the 8th place Memphis Grizzlies.

The Pacers would already be in if the season ended today as they sit comfortably in the 6th spot in the East; however, they sit only two games behind the 76ers and would love to improve their conference standing.

Thus, this will be a game that both teams need, although it is becoming a little more desperate for the Trail Blazers at this point. Tipoff for this one is scheduled for 8:00 pm ET.

For the Portland Trail Blazers, they come into this one scuffling a bit as they have lost five of their last six games. Their lone win was a 107-104 win over the Detroit Pistons on Sunday.

In their last game, on Tuesday, they lost 118-106 to the Boston Celtics at home. They will look to regroup as they go on the road to Indiana on Thursday.

While the Trail Blazers have struggled a bit, the Pacers come into this one having won three of their last four. That includes a signature win over the top-ranked Eastern Conference team, the Milwaukee Bucks (although their lone loss was to the second-seeded Toronto Raptors).

Still, they have been playing some pretty good basketball as of late and hope to continue that against the Trail Blazers at home, where they are 20-10 on the season.

The Indiana Pacers come into this one as a whopping 9.5-point favorite playing at home. The over/under for total points scored sits at 219.

The Portland Trail Blazers know that they need to start getting some wins if they want to contend for a playoff spot, but to do so, they will have to do it for the time being without their best player Damian Lillard. While he is expected to only miss a couple more games with a strained groin, Lillard is not expected to play against the Pacers.

That is a huge blow considering he is averaging 29.5 points, 4.4 rebounds, 7.9 assists and one steal per game. Throw on injuries to Rodney Hood and Zach Collins, and it is has been a rough time with the injury bug for Portland.

In his absence, the Trail Blazers will rely on CJ McCollum to come up big. On the year, McCollum is averaging 21.9 points, four rebounds and 4.1 assists per game. His last two games combined, he has gone for 69 points, 22 assists and 13 rebounds.

While the Pacers may not be an elite team when it comes to offense, they are certainly a balanced team. The three leading scorers for the Pacers include TJ Warren, Domantas Sabonis and Malcolm Brogdon. For Warren, he is averaging 18.5 points, 3.8 rebounds, 1.4 assists and 1.2 steals to lead the Pacers.

Sabonis is right behind him averaging 18.3 points while also chipping in 12.5 rebounds and 4.9 assists. Brogdon is averaging 16.3 points, 4.8 rebounds and 7.2 assists per game.

It does appear, though, that Lamb (left knee soreness) and Oladipo (sore lower back) are questionable for this one.

Pacers Win, But Can They Cover?

Don’t get me wrong, I really like Indiana to win this one outright, but 9.5 points seems like a lot. Despite being without Lillard, Portland still has a phenomenal player in CJ McCollum and some other solid pieces, including Hassan Whiteside and Carmelo Anthony.

While they are really solid on defense, the Pacers have not exactly been lighting the league on fire from an offensive standpoint, either. For my money, I am taking Portland at +9.5 in this one despite playing on the road.